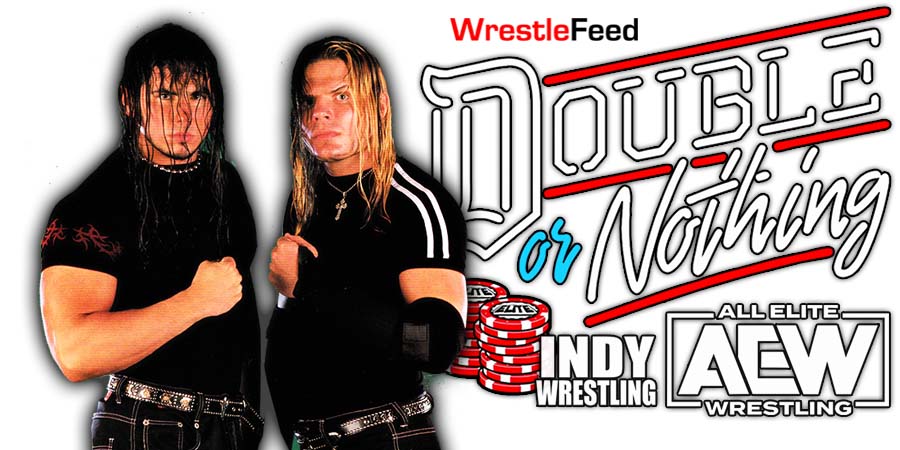 At the AEW Double Or Nothing 2022 pay-per-view, The Hardys (Matt & Jeff Hardy) defeated The Young Bucks.

A lot of fans were concerned for Jeff after watching this match, because something looked off.

On his podcast, Matt Hardy revealed that Jeff almost got knocked out during the early moments of the match.

“I was happy with the match, especially considering very early on in the match Jeff was almost knocked out, so he got hurt pretty bad. That’s why he’s being pulled from the match in Los Angeles, obviously.

So he was kind of running on fumes going through the match. So he’s still holding up his end of the bargain, pretty good in the big scheme of things.

He has no recollection. Like, he doesn’t remember the match at all. After that happened, so thank God, The Young Bucks are The Young Bucks, and I’m me and he was literally just a vessel being given directions throughout this match to kind of do what he was supposed to do.

So considering he really got knocked loopy terribly at some point earlier in the match, he still did pretty good to go through and do everything he did.

And the buckle on his boot, he has boots that like buckle up and one of his buckles snapped and broke, so he had that too.”