Matthew McConaughey has had a magnificent career as an actor, and he may be looking towards a new career soon.

The Golden Globes and Academy Award winning actor recently appeared on Maria Menounos’ Better Together podcast, where he discussed being an avid WWE fan, and possibly becoming a part of the company in the future.

“I’ll say not too much ’cause as you know, can’t say too much about these things. But it is something that interests me.”

McConaughey revealed that not only him, but his three kids, Levi, Vida, and Livingston, are also big fans of WWE.

“I love the suspension and disbelief, ’cause my kids and I watch it. And they’re starting to get that when they go, ‘Oh this is fake.’ I’m going, ‘What are you talking about? No way!’ Because I won’t give them the wink yet, but they’re starting to get that in there, there’s a bit of one, ya know? Two of them are like, ‘this isn’t fake, it’s real!’”

He also recalled his meeting with Old School WWF Legend The Rock.

“The Rock was telling me his story, about his storyline from good guy to bad guy, and how he felt it click in one night while he was there like, ‘Oh I just hooked him.’”

It should be noted that McConaughey has appeared on the WWE ThunderDome screen during a WWE match and was also seen backstage with The Undertaker during The Last Ride docuseries. 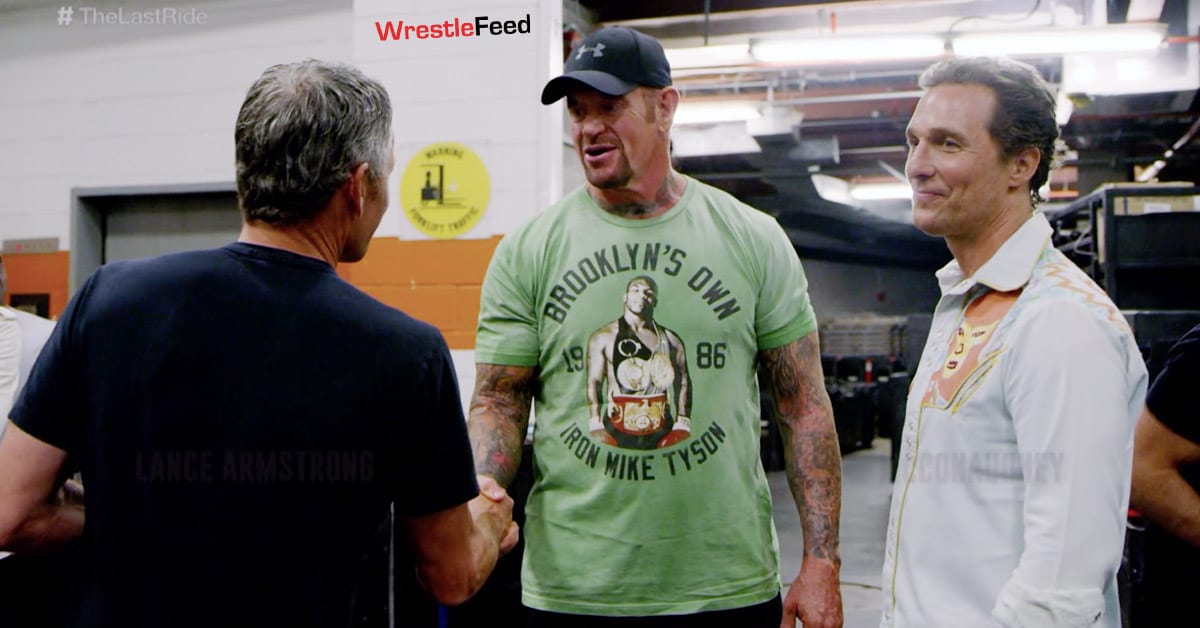 It featured pre-taped matches, interviews & storyline segments on the road to the ‘WWF Royal Rumble 1993’ PPV.