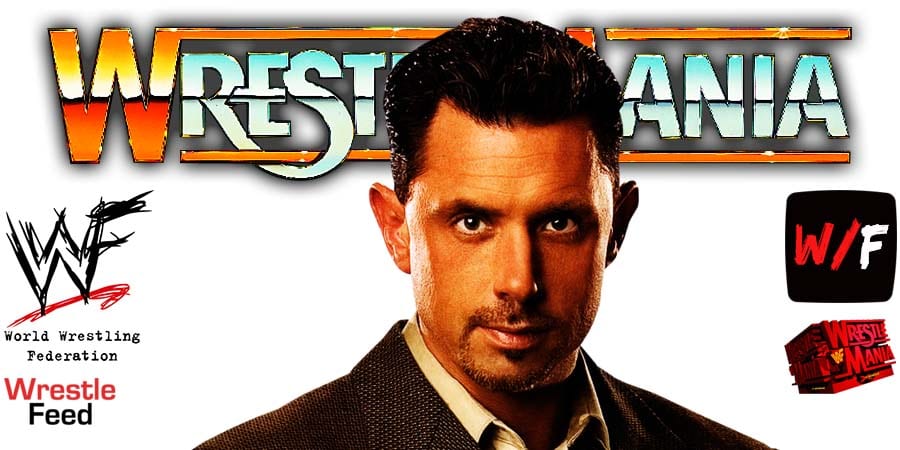 During The Pat McAfee Show in 2021, WWE Commentator Michael Cole revealed that he has 65% hearing loss.

Cole has now revealed the reason for this during an interview on The Press Box podcast:

“Yeah, I need to hear myself when I broadcast, and it has to be loud.

I think over 25 years of doing that, it’s just deteriorated the hearing where I have these special molds that have been made for me that go into my ears, that I wear my headsets over, and it increases the volume of what I can hear during the show.

So they’re almost like hearing aids for ringside commentators.”

Also Read: Michael Cole Had To Change His Name Because Of Top 90s WWF Star

On this day in Pro Wrestling history on April 4, 1998, the World Wrestling Federation held an event called ‘Mayhem in Manchester’ at the NYNEX Arena in Manchester, England (UK).

The show was not broadcasted LIVE on television, but was later released on VHS in the United States and in the UK.