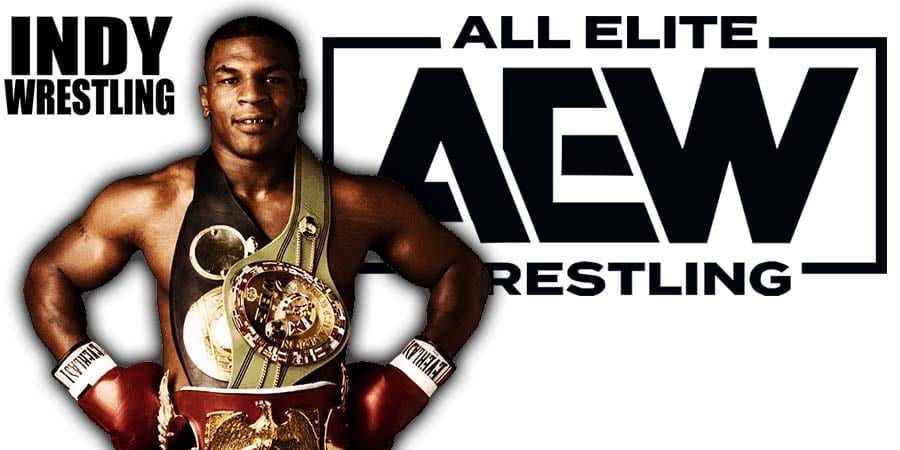 It was pre-taped at the Roberts Municipal Stadium in Evansville, Indiana and featured pre-taped matches & storyline segments on the road to the ‘WWF King of the Ring 2000’ PPV.

8. The Undertaker vs. Shane McMahon

AEW has now announced that Tyson will also be appearing on this week’s episode of Dynamite:

Fresh off his appearance at AEW’s Double or Nothing Pay Per View, Iron @MikeTyson will make his #AEWDynamite debut LIVE THIS WED, May 27th at 8/7c on TNT!

Re-Live all the action and excitement from #DoubleOrNothing now on demand from all major providers, @FiteTV & @brlive pic.twitter.com/p8WkpNfWG9

Former AEW World Champion Chris Jericho hinted that he might be working a segment with Tyson once again, as he tweeted the following:

Great. Just stay the f**k away from me @MikeTyson. I haven’t forgotten about Jan 11, 2010….and I NEVER will. aewontnt @AEWrestling @AEWonTNT pic.twitter.com/W1LzvLcxvI

For those who don’t remember, Tyson knocked out Jericho back in 2010 on WWE Monday Night RAW. You can watch it below:

Speaking of Jericho, his Inner Circle will be doing a pep rally on Dynamite this week.

It's the #InnerCircle pep rally this Wednesday on Dynamite!