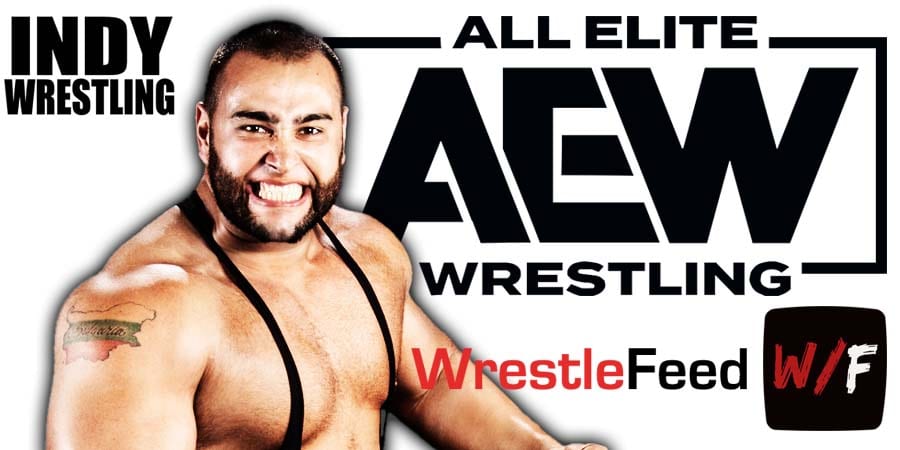 While speaking on AEW Unrestricted, Miro (fka Rusev) was asked to pick his favourite Title in WWE. He didn’t pick any real Championship, but revealed that he got to keep a TV monitor from a WWE event, which he considers a Title.

“My TV title. The one that I got – the TV monitor that I got from one of the events. We were the League of Nations. After a day or two, we found out that no one gives a sh*t about League of Nations. We were there to create one thing; I found that out. Then I think Stu got hurt, Barrett got hurt. I think Del Rio really got hurt, and we were protecting Sheamus because Sheamus was [WWE] Champion.

So, I’m having fun. So there it is. I think Roman was laid across the table. I run, like Umaga style – big splash. Boom. Vince McMahon is there. I know because Rikishi always taught – because Rikishi was my first second trainer. He told me this is what makes you the money. So, if Vince McMahon is there, where’s the camera going to go? Of course it’s going to go to Vince McMahon. So, what I do [is] I go and give him a big sweaty hug with all my sweatiness from the match. I just go and hug him and squeeze him so hard, and ‘hahaha’, whatever.

We get the pop. On the way out, I see this monitor, and I was so tempted. I’m like, ‘You know what? F’ it.’ I grab that TV monitor, you know, the old ones? Not the LED, the big one. I’m carrying it out, and I’m walking out. And Del Rio sees that. He’s trying to grab it, and I’m like, ‘Give me my monitor. I’m not throwing away that thing.’ And then on the way out, Big Show – because we’re supposed to be on the pathway with Big Show – I see him looking. ‘Don’t you dare take away my monitor!’ And I blew past.

And to this day, I took the monitor home. They did ask for it. I said ‘Hey, can I have it?’ They said OK, so they let me have the monitor, and to this day, it’s in my house in my man cave in Nashville. And this is probably my most precious title because everything else, it’s a bullsh*t work. This was a real title.”