James Ellsworth climbs up the ladder and unhooks the Money in the Bank contract and hands it to Carmella and the match is over!

The referees are arguing over what happened, but Ellsworth takes the microphone announces that Carmella is the first ever Miss. Money In The Bank!

Winner: Carmella (1st Ever Miss. Money In The Bank) 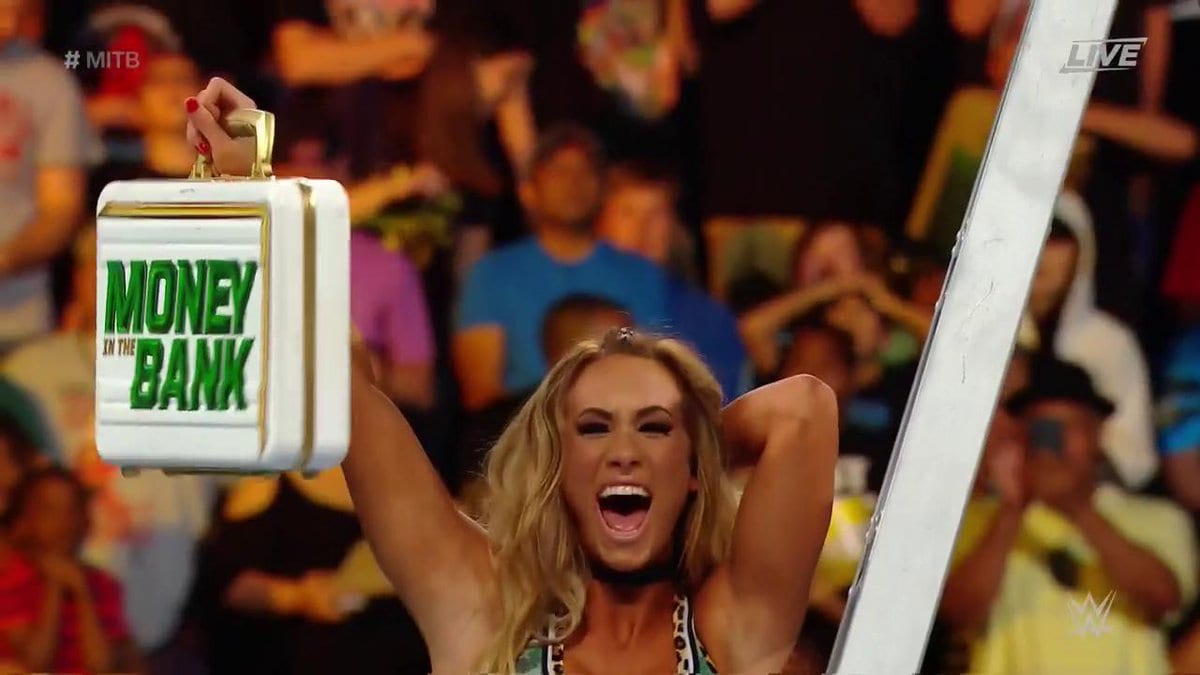 All women in the match are left shocked at what just happened.

It looks like SmackDown Live General Manager Daniel Bryan, who’ll return to WWE programming this week, will address this situation on this week’s episode of SmackDown Live.

Below is a GIF of Carmella & Ellsworth celebrating:

.@realellsworth climbs the ladder…@CarmellaWWE catches the ?…
However it gets done, it gets DONE! #MITB pic.twitter.com/13qC63qtc1