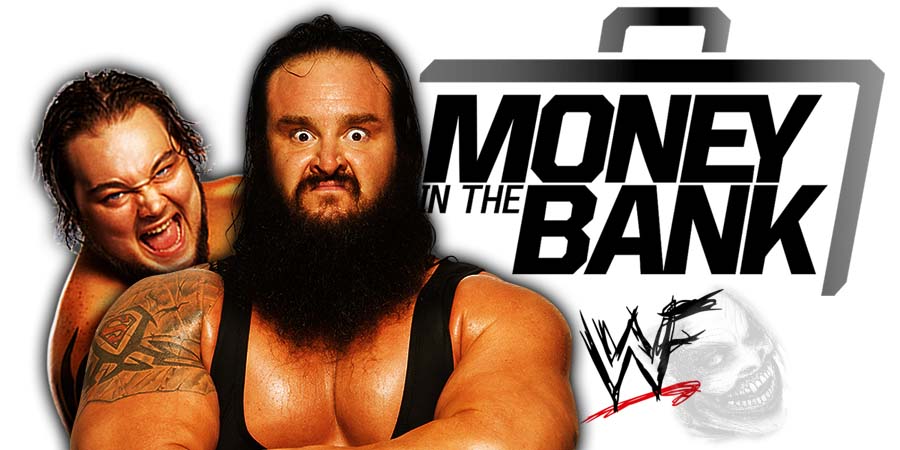 This is the 11th PPV under the Money In The Bank banner.

Below is the match-card for tonight’s show:
– WWE Championship Match: Drew McIntyre (c) vs. Seth Rollins

– Men’s Money In The Bank Ladder Match: Daniel Bryan vs. Rey Mysterio vs. Aleister Black vs. King Corbin vs. Otis vs. AJ Styles

– Women’s Money In The Bank Ladder Match: Asuka vs. Shayna Baszler vs. Nia Jax vs. Dana Brooke vs. Lacey Evans vs. Carmella

In the Kickoff Show match, Jeff Hardy made a successful return to in-ring action, as he put away Cesaro after hitting a Swanton Bomb.

After back & forth action, The New Day won the match after Big E pinned Gran Metalik of Lucha House Party after hitting the Big Ending.

The next WWE pay-per-view will be Backlash and it will air on June 14.

Up next is MVP vs. R-Truth. MVP and Truth are arguing in the ring and this leads to Bobby Lashley coming out.

.@RonKillings thought a match with @The305MVP was happening at #MITB, but the former #247Champion found himself in a match with @fightbobby! pic.twitter.com/loEprk3t1G

Up next is the SmackDown Women’s Championship match. Bayley and Sasha Banks make their way out first, followed by Tamina.

After back & forth action, Tamina manages to hit Bayley with her finishing move, the Samoan Drop.

She’s about to pin Bayley, but she sees Sasha Banks trying to interfere. Tamina goes out of the ring to go after Sasha. Tamina comes back in the ring and goes for the Samoan Drop on Bayley again, but Bayley rolled her up and pinned her.

Tamina lifted Bayley again after the match for a Samoan Drop, but Sasha stopped her and laid her out with a knee to the face.

This is Strowman’s first Universal Title defense. He won the Title by defeating WWE Hall of Famer Goldberg on Night 1 of WrestleMania 36.

The match begins and Strowman is dominating Wyatt with his power. Strowman tries to bulldoze Wyatt over the announce table, but misses and goes over the table himself.

Wyatt is now in control, as he DDTs Strowman on the floor and then clotheslines him in the ring.

Wyatt takes the action to the outside and throws Strowman into the Steel Steps.

Wyatt hits Strowman with a Tornado DDT and then delivers a Sister Abigail! Wyatt goes for the cover, but Strowman kicks out!

Wyatt is looking to hit another Sister Abigail, but Strowman counters and hits a Chokeslam!

Strowman clotheslines Wyatt in the corner and then sends him into the barricade outside with a shoulder tackle.

Strowman has now put on the Black Sheep mask. Wyatt is happy as Strowman goes down on his knees to do the Wyatt Family pose. Both men hug in the ring, but Strowman suddenly stops, removes his mask and crushes it. 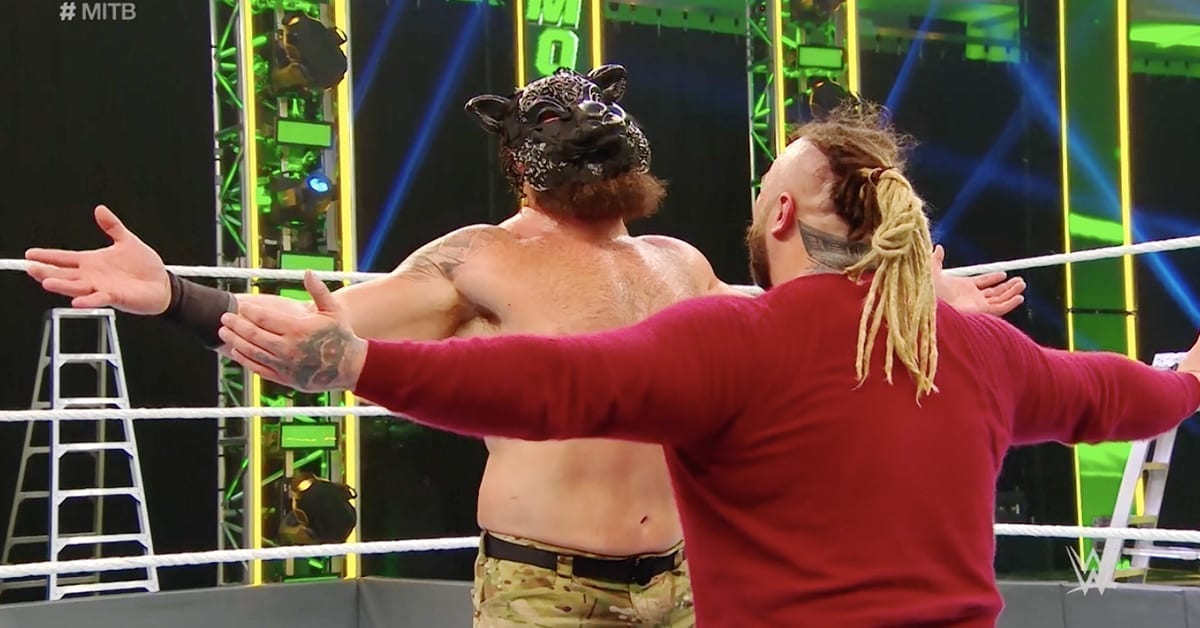 Wyatt is trying to explain Strowman, but Strowman lays out Wyatt with a Running Powerslam to win the match.

Strowman has defeated Wyatt at his own game: The Mind Game!

He had to go to a ???? different place to do it, but @BraunStrowman is STILL your #UniversalChampion! #MITB pic.twitter.com/PJnqkvuub1

Also Read: 25 Things We Learned From Chapter 1 Of Undertaker: The Last Ride