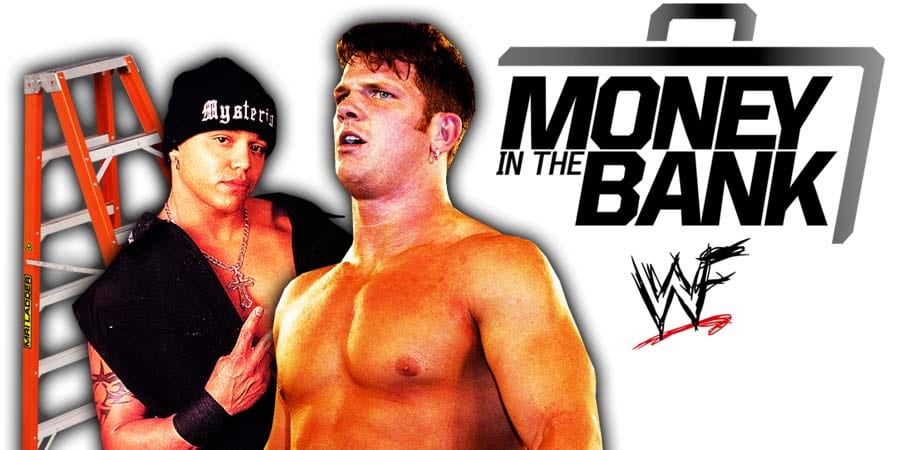 Up next is the WWE Championship match. Seth Rollins makes his way out first with his new theme song, followed by WWE Champion Drew McIntyre.

HOW did @DMcIntyreWWE manage this?! #MITB pic.twitter.com/fYm1ejfhrn

After good back & forth action, McIntyre nailed a Claymore Kick to put away Rollins.

Up next are the Men’s & Women’s Money In The Bank ladder matches at the WWE Headquarters.

Both men & women start brawling like crazy and all hell has broken loose!

The Women's #MITB #LadderMatch is off to an INSANE start as @WWEAsuka takes a leap of faith at WWE HQ! pic.twitter.com/sb3ZOda4Cq

Brother Love is shown coming out of the toilet as a comedy spot.

Dana Brooke unhooks the Money In Bank briefcase and begins celebrating in the conference room. Stephanie McMahon comes in and tells her that this is a replica briefcase.

Foiled by the #MITB conference room!@StephMcMahon just broke it to @DanaBrookeWWE that the REAL contract is on the roof. pic.twitter.com/JFiph4poJA

AJ Styles is shown being afraid after seeing an Undertaker poster and casket in a room. Aleister Black kicks Styles and puts him in that room.

Otis threw food at Paul Heyman’s face. This is Heyman’s first appearance since WrestleMania 36. A food fight begins after this.

Shayna Baszler chokes out Rey Mysterio and then gets bulldozed between Otis & Nia Jax!

Nia ended the food fight by powerbombing Carmella through a table. Otis then went into the kitchen threw a pie in John Laurinaitis’ face.

Styles & Bryan enter Vince McMahon’s office while fighting and Vince orders them to get out. Styles & Bryan rearrange the chairs and leave. Vince then santizes his hands and goes back to writing WWE ideas.

Nia, Asuka and Lacey have reached the roof of the building and are fighting in the ring now.

Asuka is on top of the ladder and King Corbin starts climbing. Corbin is stopping Asuka for some reason, but Asuka kicks him down and unhooks the briefcase!

We have ONE winner.@WWEAsuka has won the Women's #MITB Ladder Match! pic.twitter.com/ZzFFER8v2V

Otis tries to climb the ladder next, but breaks the rung with his weight.

Corbin threw Mysterio & Black from the top of the WWE HQ!!!

Styles & Corbin are fighting at the top of hte ladder for the contract and both unhook it. Elias attacks Corbin and the contract falls in the hands of Otis!

Also Read: 25 Things We Learned From Chapter 1 Of Undertaker: The Last Ride