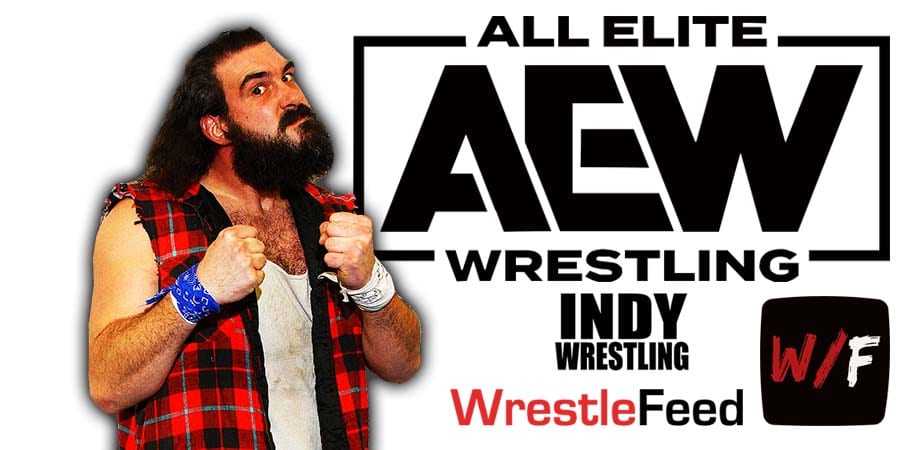 • More Details On Brodie Lee’s Illness, Was Never Healthy Enough To Recover From It

Brodie Lee’s death was a very shocking event for the pro wrestling world, as it happened just two months after Lee competed in a TNT Championship match against Cody Rhodes.

In the latest edition of the Wrestling Observer Newsletter, Dave Meltzer provided some more details on the events leading to Lee’s demise.

As his wife, Amanda Huber, noted in a post on Instagram, AEW Chief Legal Officer and Senior Vice President Megha Parekh, as well as the Khan family’s General Counsel, were able to get him to the Mayo Clinic. He was shifted from the hospital in Tampa via airlift to Jacksonville on October 31.

Even at that time, the diagnosis was said to be “bleak” and the odds were “always strongly against him,” but they had hope the Mayo Clinic would help. Huber informed key people that worked with her husband in AEW on November 7, but asked them to keep it quiet. Her wishes were respected.

At the time, it was believed that Lee would have needed a lung transplant, which meant he would have to get on the list, qualify, get a donor and lungs that were fit for his size. Obviously, since he was 6-foot-5 and 275 lbs, that would have been difficult. Had the transplant happened, he would have been immunocompromised and would have to take anti-rejection drugs. However, he was never healthy enough to qualify once his condition was discovered.

The Observer also noted that it was two straight months where those who knew about his condition “knew the end result was likely inevitable”.

It was broadcasted from the SunDome in Tampa, Florida and featured pre-taped matches, promos & storyline segments on the road to the ‘Royal Rumble 1989’ PPV.

– The Powers of Pain vs. Omar Atlas & Bob Henry