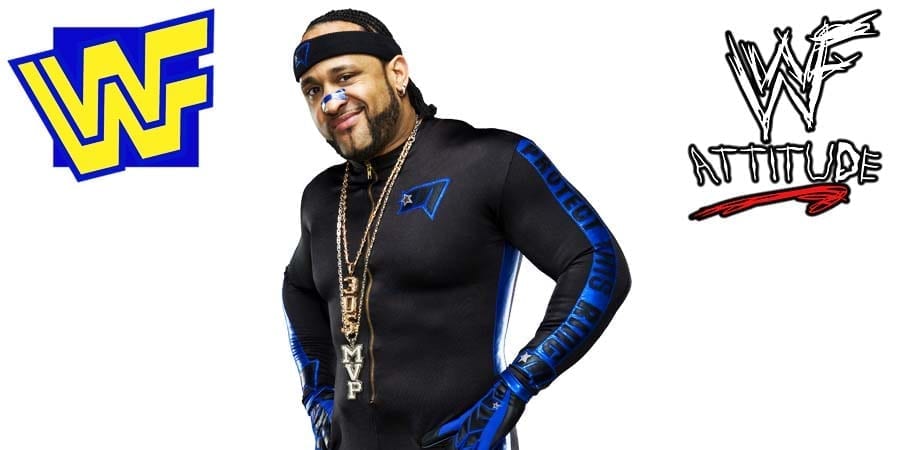 It was taped at the Tacoma Dome in Tacoma, Washington and featured matches, interviews & storyline segments on the road to the ‘WWF King of the Ring 2000’ PPV.

1. King Of The Ring 2000 Qualifying Match: Chyna vs. The Godfather

• MVP Explains Why He Decided To Go To TNA Over WWE

During a recent appearance on Chasing Glory with Lilian Garcia, WWE Veteran MVP talked about leaving WWE to go to Japan over a decade ago, then joining TNA & more.

On Vince McMahon allowing him to go to Japan:

So, I had a dream that I wanted to wrestle in the Tokyo Dome. I wanted to wrestle for New Japan Pro Wrestling. I had a year left on my deal, and I asked Vince McMahon actually, I asked Johnny Ace [John Laurinaitis] at the time, and we talked. A lot of people don’t know Johnny Ace made his career in Japan for All Japan.

So, there would be times where me and John would drink a beer, and we’d talk about pro wrestling. We’d sit there, and I would drink up all of his stories about all the guys I used to watch on VHS tapes, and how he used to work with those guys.

I had a year left on my deal, and they were trying to get me to re-sign a five-year deal. I just didn’t want to at the time. My inner flame was kind of flickering, and Japan was calling me. I needed that fire again.

I will say this: love Vince McMahon or hate Vince McMahon, no matter what you feel about him, he has always treated me well. He gave me an opportunity when no one else would. He let me go fulfil a dream.

He didn’t have to let me out of my contract. He could’ve said no. But, he said, ‘Ok, come back. The door is always open for you to come back. Come back in a year, two years. You’ll be a bigger star when you come back.’ Johnny Ace [agreed] saying, ‘You’ll only get better.’ It took me 10 years to get back.”

On joining TNA over WWE:

“When I was ready to come back to WWE, I got a call from TNA, and they offered me a really good deal. It was, you know, less workload, a consumable amount of money, and I was thinking all right, maybe I should try this for a little while.

When things wrapped up over at TNA, I wasn’t ready to come back to WWE yet at that time. I was working on the indies, which I enjoyed. I was making my own schedule, working when I wanted to work and then going ok, I’m going to go back to working 52 weeks a year, 3-4 nights a week. It was a big jump.”

On returning to WWE and not retiring from in-ring action:

“My son is 5 years old and he’s a massive wrestling fan. So, the reason I came back, was because I wanted my son to see me as he calls it in ‘WW Wrestling.’

I had intended to retire. I’m 46 now, you know. I was ready to start winding down. They offered me a producer’s position – I accepted it. But, they still valued me as MVP.

Then, the COVID-19 hit and the next thing I know, all these layoffs start to hit, and fortunately, I’m still on TV.”