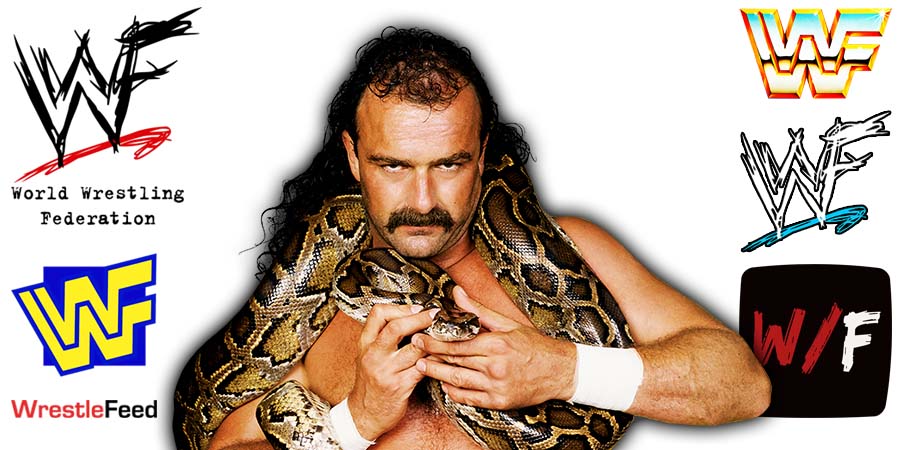 During an appearance on Busted Open Radio, WWE Hall Of Famer & current AEW Manager Jake Roberts gave an update on his health.

“When you’re getting to the age I am, which is too old, you’re going to have problems, because the parts are breaking down. If I’d known I was going to live this long, I’d have taken better care of myself.

To tell you the truth, I’m about to get my third hip [surgery]. There’s no warranties on those damn things, that’s bullsh*t. You have those little issues here and there.

Unfortunately, my mom gave me a couple of diseases and there’s no cure for them, in my lungs. I have to do a little oxygen here and there. But that’s okay. In between man, I have such great days.”

It was broadcasted from the the Ocean Center in Daytona Beach, Florida and featured matches, interviews & storyline segments on the road to the ‘WCW Slamboree 1996’ PPV.

4. The Giant vs. Jim Duggan