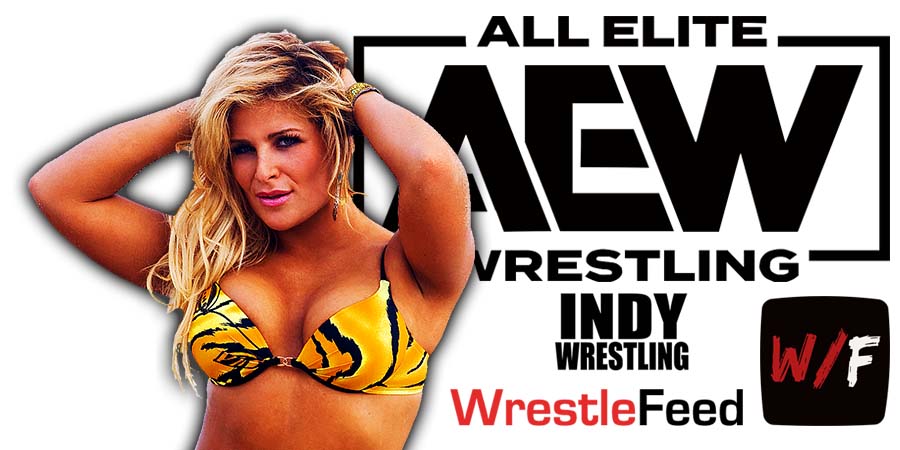 As we all know by now, CM Punk went on a rant during the AEW All Out 2022 media scrum and then had a fight with The Elite (Kenny Omega & Young Bucks).

It was revealed by various sources that Punk threatened to sue, despite being the first one to get physical in the fight.

Before last Friday’s SmackDown, Natalya took a shot at this incident, when her “assistant” Bob took over her Twitter account and posted the following about the #1 Contenders match that took place later that night:

“This is Bob. Ms Neidhart hasn’t sued anyone in this match, and she’s also a locker room leader. For some reason, she was eating a muffin when she dictated this message to me. Bye.”

This is Bob. Ms Neidhart hasn't sued anyone in this match, and she's also a locker room leader. For some reason, she was eating a muffin when she dictated this message to me. Bye. https://t.co/APQpwkWK3C

Later that night during SmackDown, while recapping the segment where Ronda Rousey beat up Adam Pearce, Michael Cole took a shot at the Punk situation when he was told to say the following on commentary:

“Sources told me WWE Official Adam Pierce has gotten carried away, he’s aired the dirty laundry publicly, hence the reason this investigation has been taken behind the scenes.”

This was the very first ‘WCW Fall Brawl’ pay-per-view that did not feature the popular “War Games” match.

NO DQ: The First Family defeated The Revolution