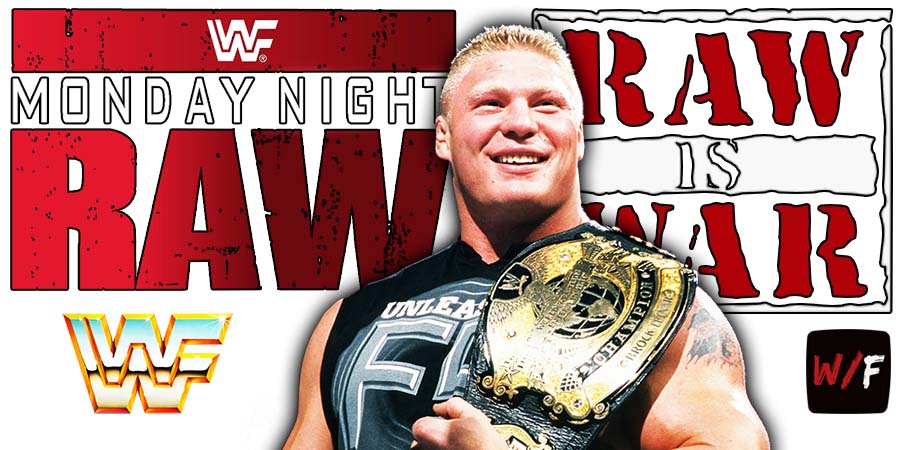 • New RAW Star Was Supposed To Be The Next Brock Lesnar

WWE officially signed Olympic Gold Medalist Gable Steveson to a contract last year and he was even Drafted to RAW.

However, he hasn’t debuted as an official WWE Superstar yet. He did appear at WrestleMania 38 though, where he took out Chad Gable.

The Wrestling Observer recently reported that things aren’t looking good for Steveson due to his poor progress in pro-wrestling training.

In an update, The Observer reported that the original plan for Gable was to be the new Brock Lesnar:

“He was supposed to be fast-tracked to main events by now. Like come right out of college and win the NCAAs, which he did. And then go right to WWE top level and that didn’t happen.

They are waiting for him to be ready, I guess. There’s been some talk of him going back to college next year, too. I don’t know what’s gonna happen but he’s training. He’s training with [Mr. Kennedy] so we’ll see what happens.

This is what I was told originally when they first announced the deal. It was [that] he was gonna be the new Brock Lesnar and they were going to send coaches to Minnesota [and] get a place in Minneapolis and during the wrestling season, they were gonna have him also train as a pro wrestler, which probably wasn’t a good idea to do both at the same time.

But that was their idea and that he would do scattered RAWs over the course of the year. Remember they drafted him for RAW and he would make appearances and they would build it up and things like that?

And then he ended up not making any appearances and I never heard of them sending trainers to Minneapolis so things changed greatly as the year went on.

And then he won the NCAAs again. And then he started training pro wrestling but it was not in Orlando. As far as what’s gonna happen now is anyone’s guess.”

Standing 7ft 5in (billed as 7ft 7in), he ranks #3 on the list of the tallest professional wrestlers ever, which can be seen here.

Quite a lot of people remember him for chasing Pee-wee Herman because of a girl in the movie “Pee Wee’s Big Adventure”.