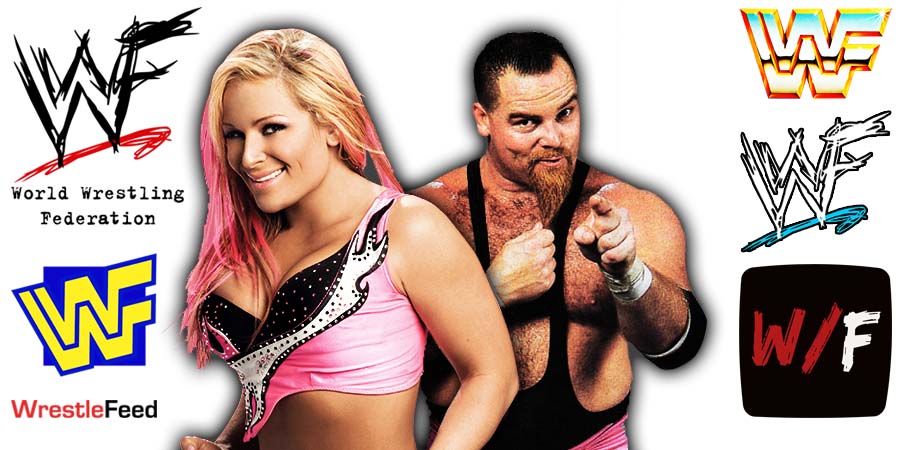 • Natalya Reveals Who Was The 1st Person She Called After Her Father, WWF Legend Jim Neidhart, Passed Away

Former SmackDown Women’s Champion Natalya Neidhart was recently interviewed by BT Sport, where she was asked about the passing of her father, Old School WWF Legend Jim ‘The Anvil’ Neidhart, who died of a head injury caused by a seizure on August 13, 2018.

Here’s what Natalya had to say:

“The very first person I called when my dad passed away was Vince McMahon.

I was supposed to do a show that night, and I said to Vince, I said, ‘I’m so sorry, I can’t do the show. My dad just died.’ And Vince was just like, so wonderful. He really made sure that I always felt like I had a person to turn to, especially him, way outside of work.

You know, I was always able to turn to him for that, and then 4 days later, after my dad’s funeral, Vince wanted me to like, be there with Ronda.

So, the day after I buried my dad, I made sure to be there for Ronda at SummerSlam because I really wanted to be there for her, and like, Vince knew that would help get my mind off of things.”

As one half of The Hart Foundation with his brother-in-law Bret ‘The Hitman’ Hart, he managed to win the WWF World Tag Team Championship twice (1987 & 1990) and he was posthumously inducted into the WWE Hall of Fame in 2019 as a member of their Tag Team.

Also Read: “Someone better spank me” – Natalya On WWE RAW Going Back To TV-14 Rating

This episode took place at the TNA Impact Zone in Orlando, Florida and featured matches, interviews & storyline segments on the road to the ‘TNA Victory Road 2009’ PPV.