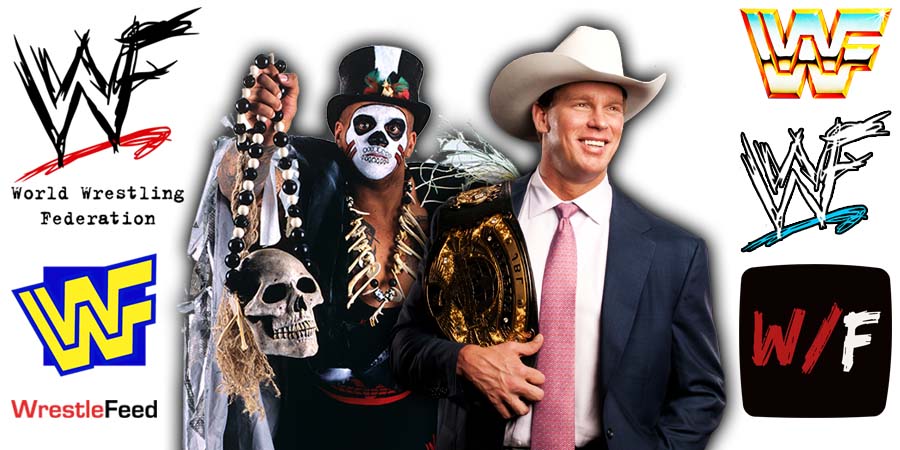 • WWF Legend Reveals Whether JBL Was A Bully Or Not

Old School WWF Legend The Godfather (aka Papa Shango) was recently interviewed on the ‘Two Man Power Trip of Wrestling’ podcast, where he was asked about the rumors of JBL (then known as ‘Justin Hawk Bradshaw’ and later just ‘Bradshaw’) being a locker room bully.

Here’s what The Godfather had to say about JBL:

“The modern day kids and people growing up were changing and they didn’t understand that, but he, by no means, was no bully. He just lived by locker room rules that were old school rules. Those rules are gone now.”

On the ‘Brawl For All’ episode of Vice’s Dark Side of the Ring series, Vince Russo claimed he invented the infamous shoot fight tournament for RAW only because he wanted JBL to back it up after claiming to be the toughest guy in the locker room.

This episode was broadcasted from the American Bank Center in Corpus Christi, Texas and featured matches, interviews & storyline segments on the road to the ‘WWE The Great American Bash 2007’ PPV.

1. No. 1 Contender (for the Intercontinental Title) Match: Jeff Hardy vs. Santino Marella vs. Shelton Benjamin vs. William Regal

5. The Sandman vs. Carlito