– On tonight’s episode of Raw, Kalisto defeated Enzo Amore in the main event of Raw in a Lumberjack match to capture the WWE Cruiserweight Championship. Now their rematch will take place at TLC 2017 PPV. You can watch Kalisto’s Title win at the end of this article.

– As we noted before, it was announced that The Shield (Roman Reigns, Seth Rollins & Dean Ambrose) will face Intercontinental Champion The Miz, Cesaro & Sheamus in a Tables, Ladders & Chairs match in the main event of the TLC 2017 PPV.

Later in the night, Ambrose said in a promo that they don’t care if they have 3,4,5…opponents, they’re ready to fight. The Miz approached Raw General Manager Kurt Angle to talk about the comments made by Ambrose and stated that he wants to have another Superstar on his team.

Angle agreed to this demand and The Miz then revealed Braun Strowman as his new team partner (Strowman was Triple Powerbombed through an announce table earlier on Raw). 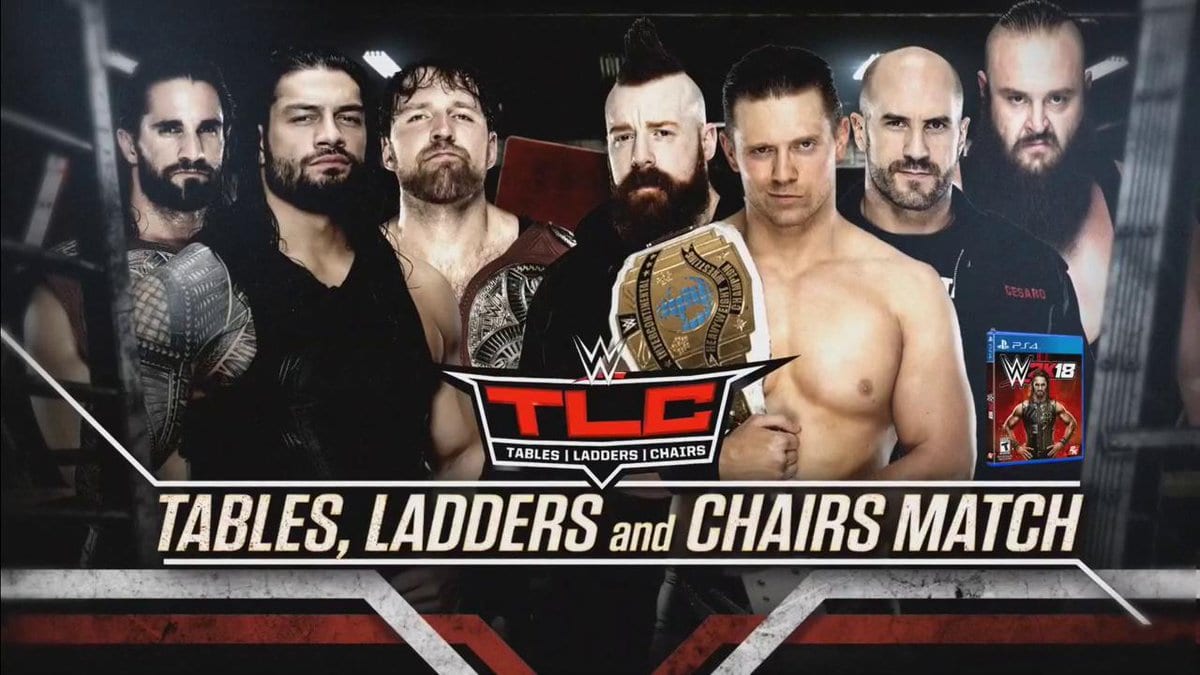 Speaking of TLC 2017, Emma won a Fatal 5 Way elimination match on Raw by pinning Sasha Banks in the end to earn the right to face former NXT Women’s Champion Asuka at TLC 2017 PPV. Below is the updated match-card for TLC 2017:

– You can watch Kalisto’s WWE Cruiserweight Title win below:

The era of @real1 is OVER as @KalistoWWE captures the @WWE #Cruiserweight Championship on #RAW! #205Live pic.twitter.com/UwBw5CZseN