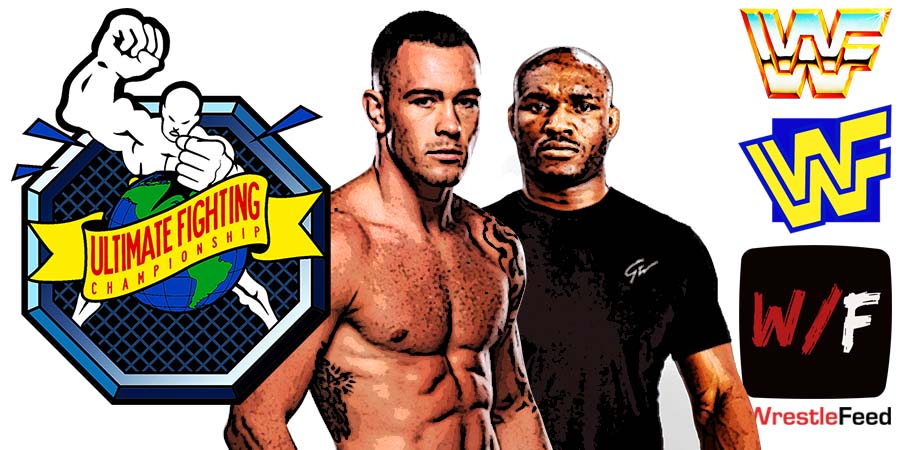 At total of 1,973 significant strikes were landed at last night’s UFC 268 pay-per-view, which is a new record in Ultimate Fighting Championship.

The previous record for total significant strikes at a single event was 1,818 at UFC 238.

Below are the complete results from the main show of UFC 268:

– Marlon Vera def. Frankie Edgar via KO (front kick) in the 3rd round of their Bantamweight (135 lbs) bout

– Kamaru Usman (c) def. Colby Covington via Decision (unanimous) in their 5 round fight to retain the UFC Welterweight (170 lbs) Championship