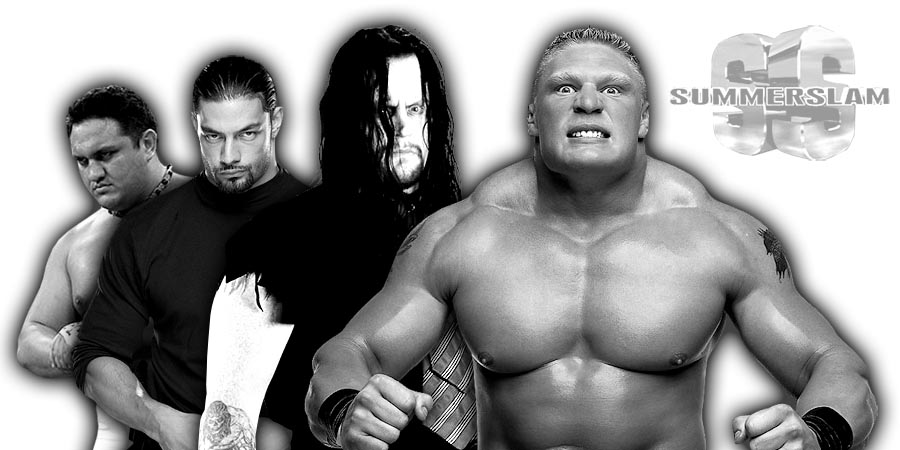 Let’s take a look at the top 20 news stories of the day from the world of WWE (SummerSlam 2017, The Undertaker, Great Balls of Fire 2017) & Professional Wrestling:

At last night’s Great Balls of Fire 2017 PPV, no Title change took place. In the co-main event of the PPV, Braun Strowman managed to defeat Roman Reigns in their Ambulance match. After the match, Reigns speared Strowman and locked him inside the Ambulance and drove the Ambulance to the backstage area. Reigns then destroyed Strowman after making the Ambulance collide with a truck from the backside.

During the main event of the show, Samoa Joe applied the Coquina Clutch on Brock Lesnar multiple times, but Lesnar still managed to win the match after delivering 6 suplexes and an F5. Below are the results from the PPV:

You can watch the highlights from the main event below:

An interesting statistic about Brock Lesnar that should be noted is that Lesnar’s singles PPV matches from WrestleMania 32 in 2016 till last night’s Great Balls of Fire 2017 PPV have lasted a total of only about 38 minutes (with his match with Samoa Joe lasting only 6:25). On the other hand, top WWE star Roman Reigns’ singles PPV matches from WrestleMania 32 till Great balls of Fire 2017 have lasted a total of about 5 hours (it should be noted that we haven’t counted PPV tag team matches or Royal Rumble matches and this 5 hour number for Reigns only includes PPV singles matches, not TV and live event matches).