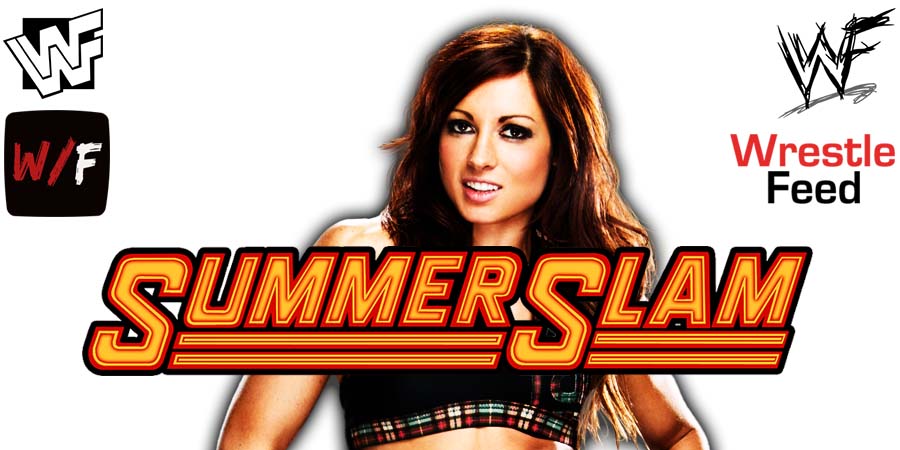 • Nikki Bella Not Allowed To Attend SummerSlam, Becky Lynch Comments On Her Return

As we noted before, Nikki Bella recently tweeted that she would attend SummerSlam 2021.

“Hhmmm looking through my closet and deciding what to wear to SummerSlam next week??? Thoughts?”

Hhmmm looking through my closet and deciding what to wear to SummerSlam next week??? Thoughts? N

However, Nikki didn’t appear or attend the show backstage, and wrote the following on Instagram:

No word yet on why she wasn’t allowed to attend the show.

Speaking of SummerSlam, Becky Lynch made a surprise return tonight and replaced Carmella (who replaced Sasha Banks) in the SmackDown Women’s Championship match.

Becky squashed Bianca Belair to win the Title. In a backstage interview after her return, Becky said the following:

“The Man is back, and it feels good.”

She also tweeted the following:

Also Read: Backstage News On What’s Next For Goldberg

Johnny Attitude vs. The Gambler