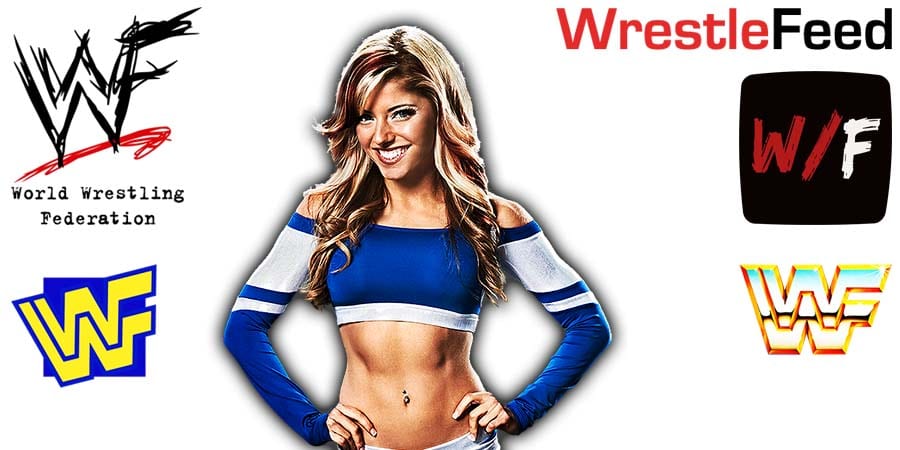 Alexa told People.com the following about her wedding dress:

“The top is a mesh corset bodice with rhinestones and beaded appliqué. It has drapey sleeves that are detachable and made of the lace from the bottom of the dress, which also has the appliqué on it.

The bottom of my dress has four different layers of tulle — two of them are glitter tulle, and one of them is blush.

There is a long train in the back that’s all glitter, but it has a bustle in the back too, to lift it up so I can dance and all the things.

With my dress, there wasn’t anything that I knew I wanted, I just knew what I didn’t want. I was scrolling through different designers on Instagram and Pinterest and all these things, and I came across Netta BenShabu’s designs, and I really loved them. I knew, like, ‘OK, so this is who I’m going to buy my dress from.’

Two days later, Ryan coincidentally was like, ‘Hey, so I set you up a dress appointment with this boutique in L.A., Kinsley James, and they actually have a designer who wants to design a dress for you’.

360 Guests were invited to the wedding.

Below are the photos from their wedding, provided by People:

“AMAZING WEDDING!! Ryan surprised me with performances by *NSYNC , bowling for soup, yellow card, Nash from hot chelle Rae, travis Clark from We the kings – Steve who wrote ‘say you won’t let go’ & an amazing rock number by Stephanie Beatriz – we have the coolest friends 🤘🏻

Also dj white shadow, sega genecide, Blake Lewis and Ashley Parker Angel ! … I won’t have a voice for about 2 weeks now from signing so loud 😂 “

You can watch NSYNC’s performance below:

Many WWE stars attended the wedding. Below are the photos: 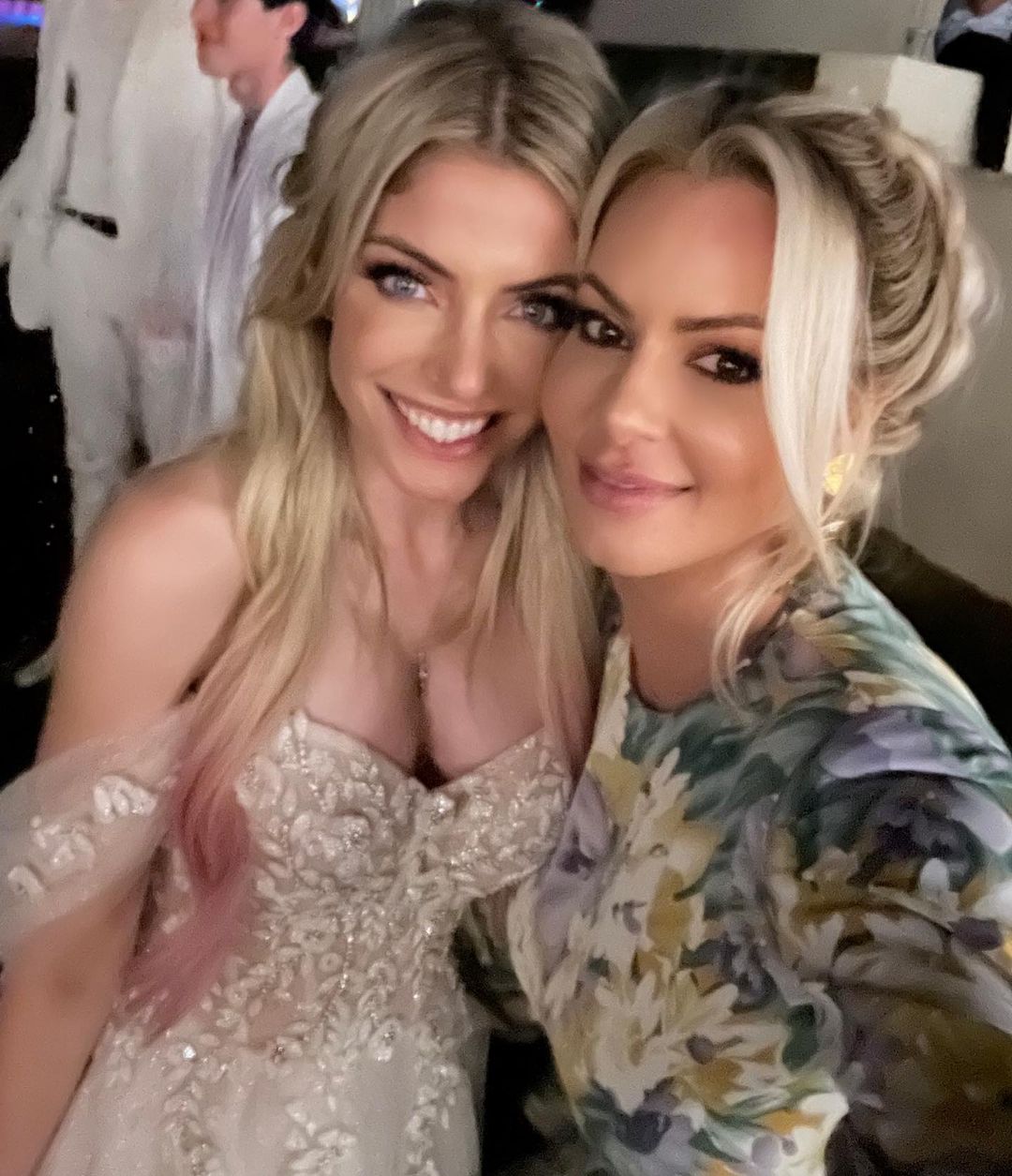 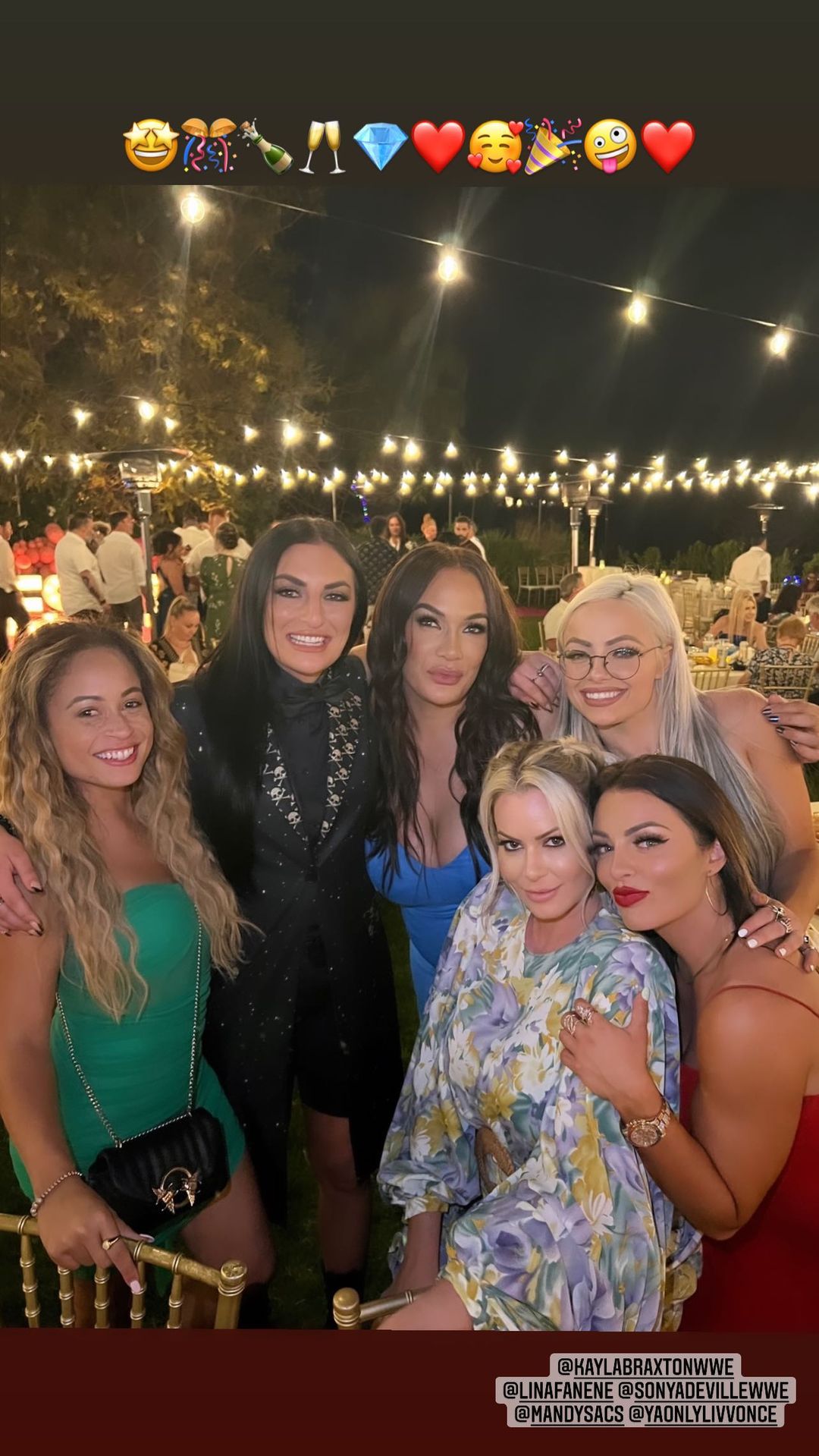 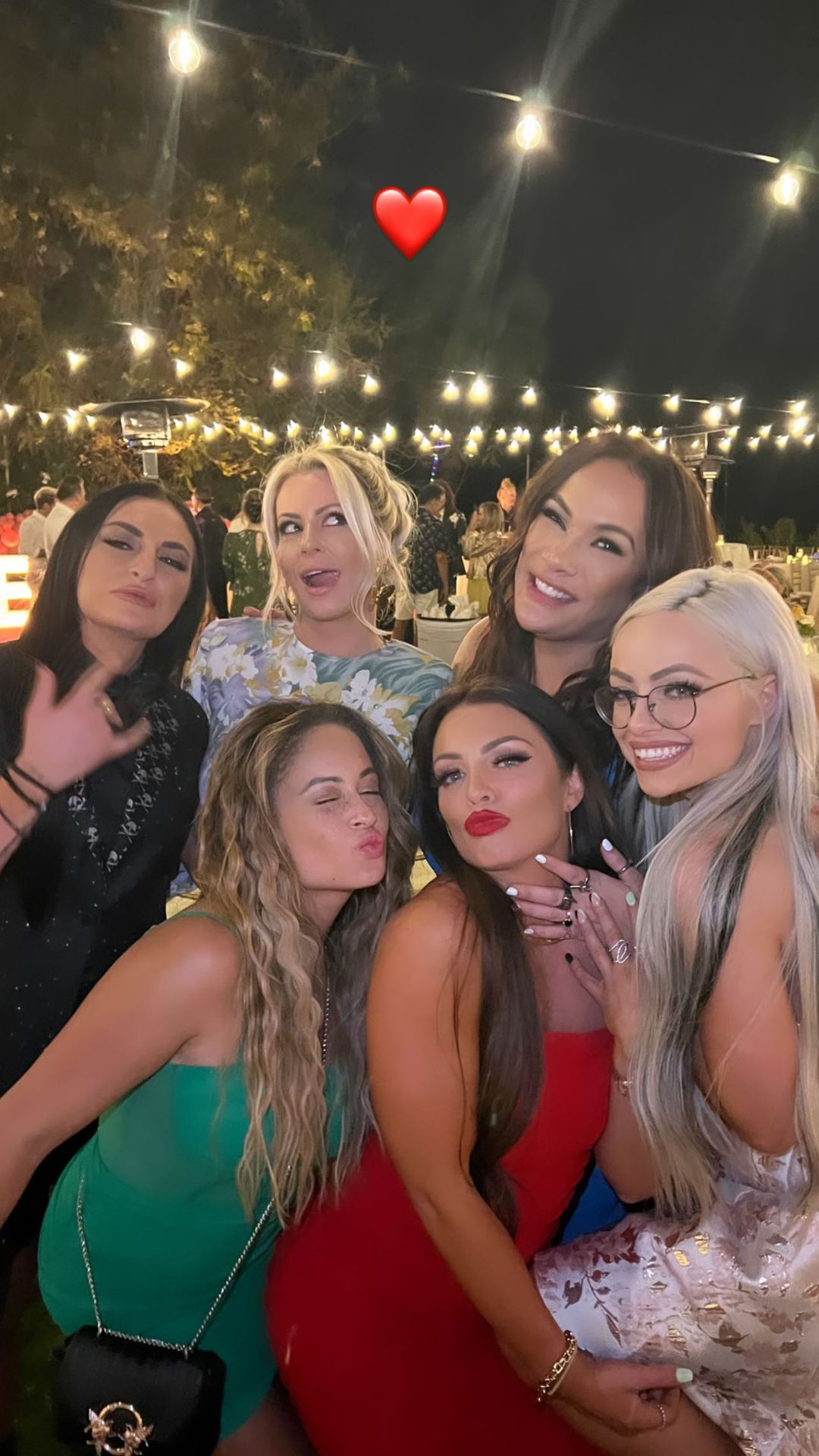 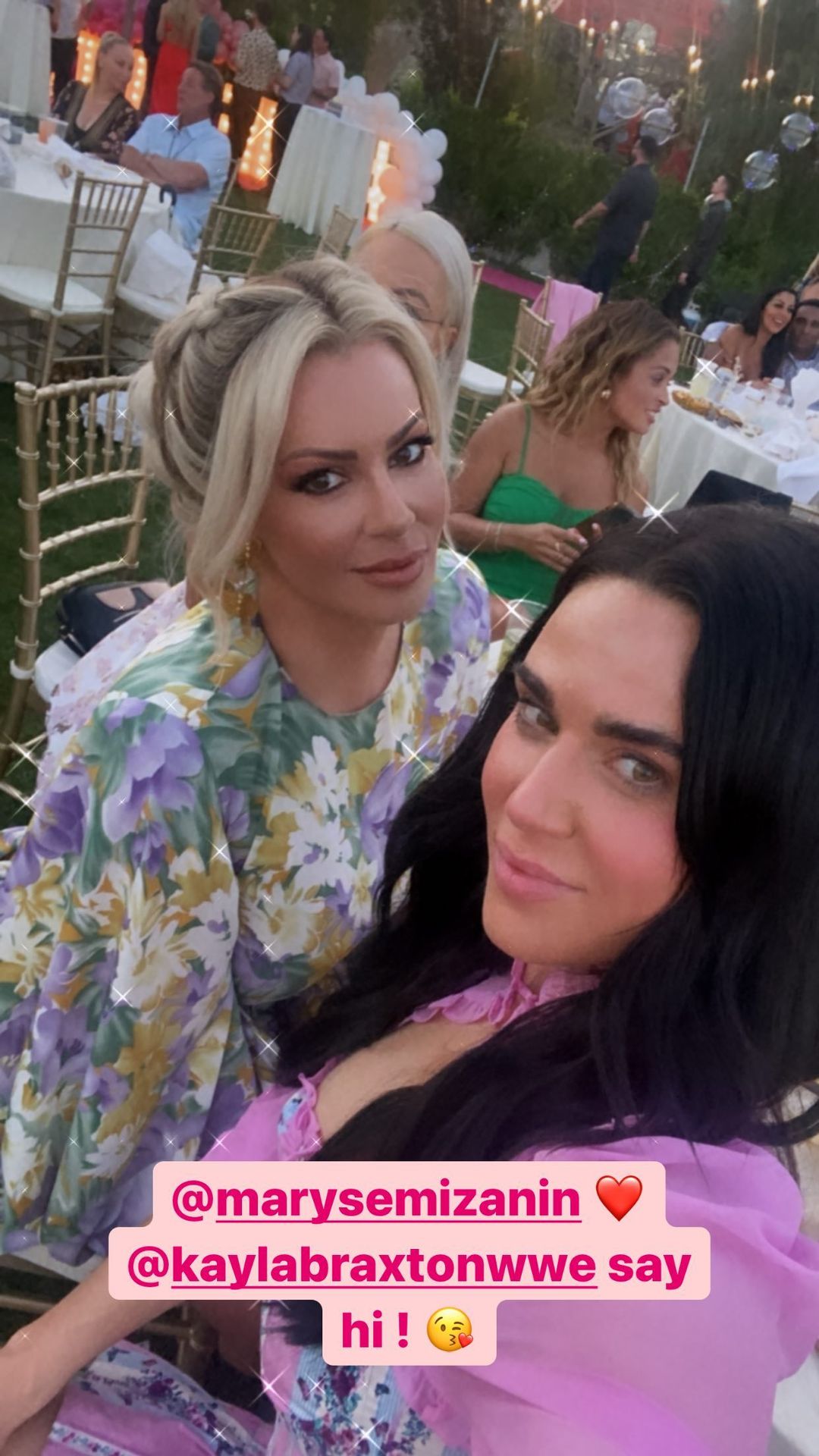 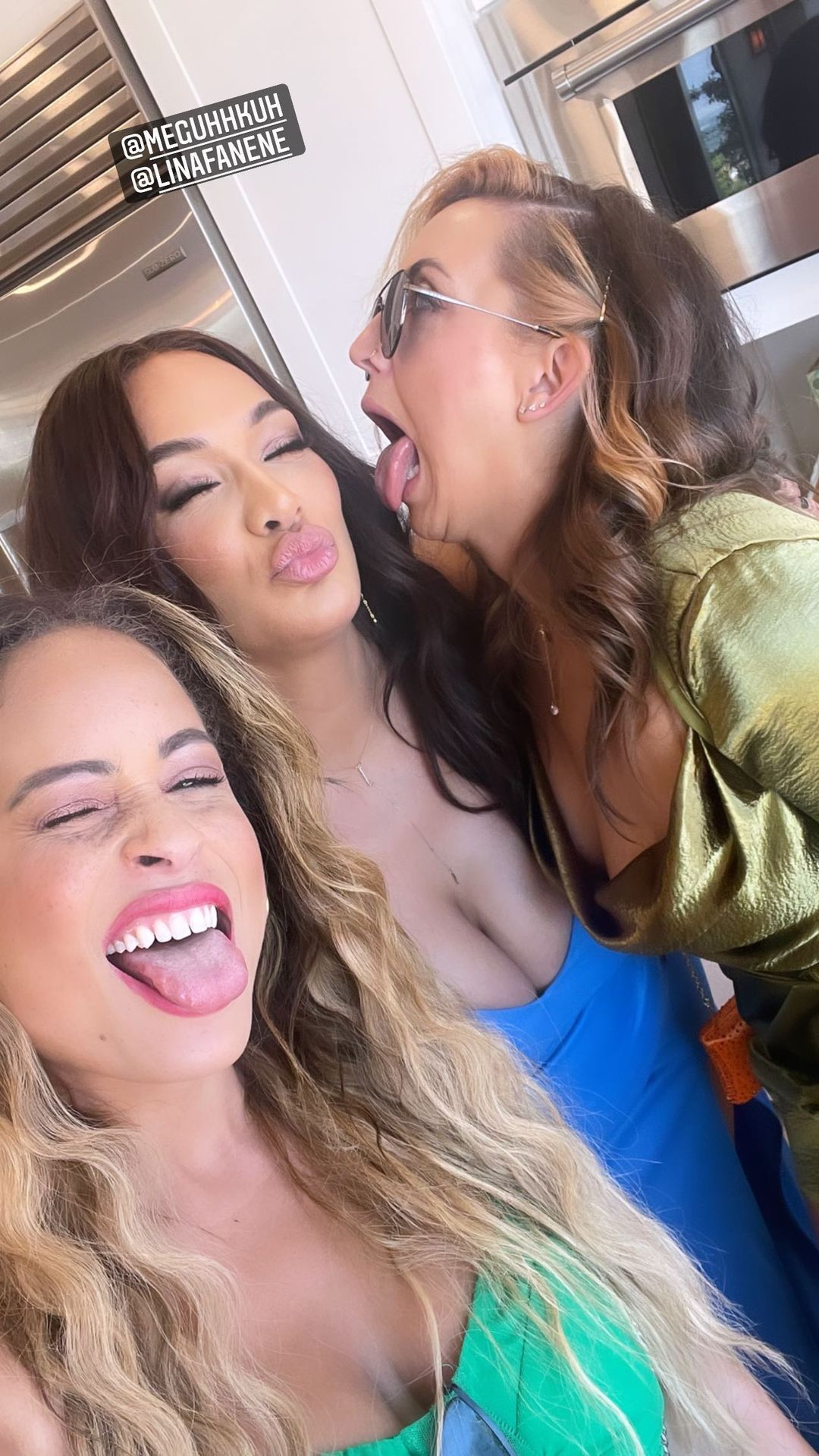 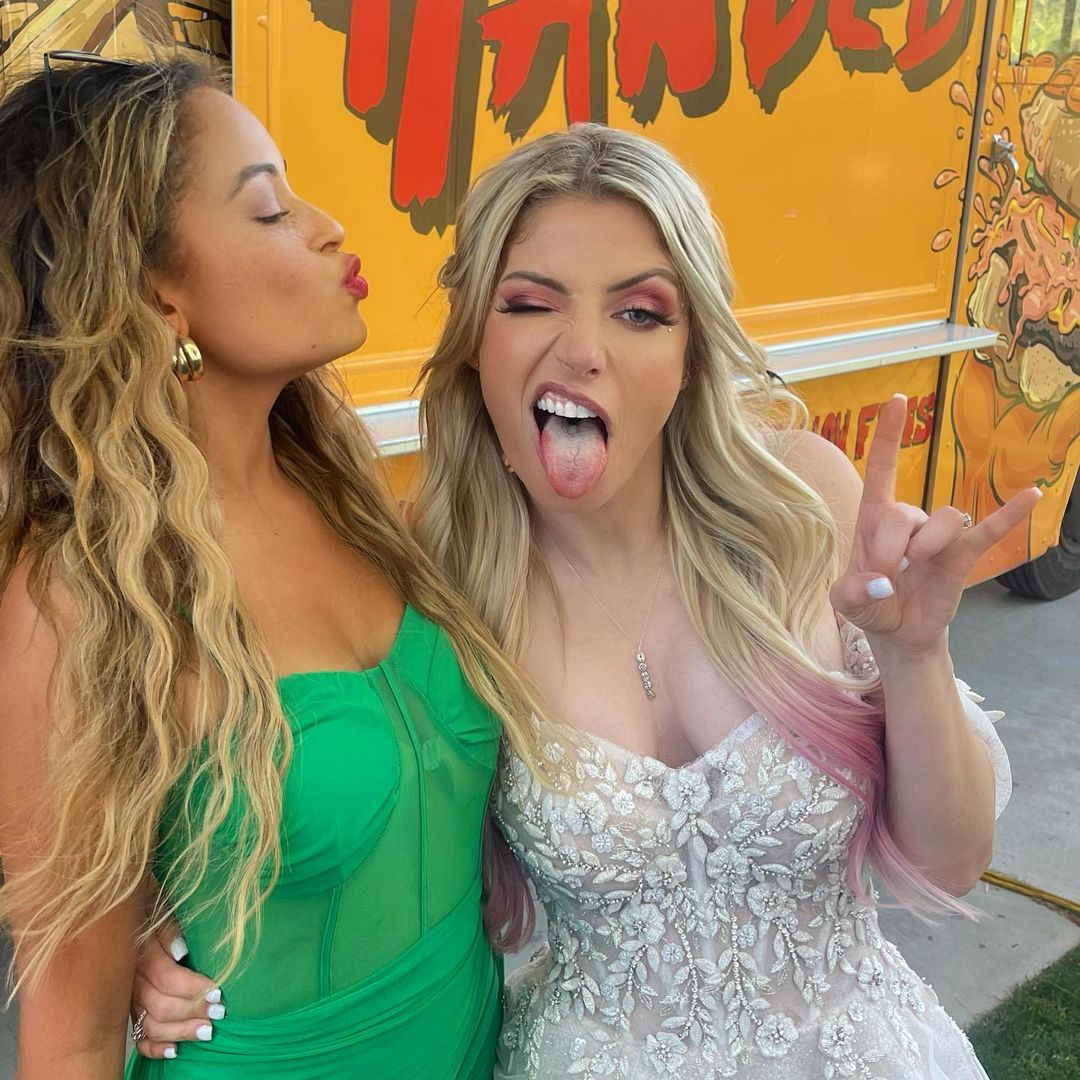 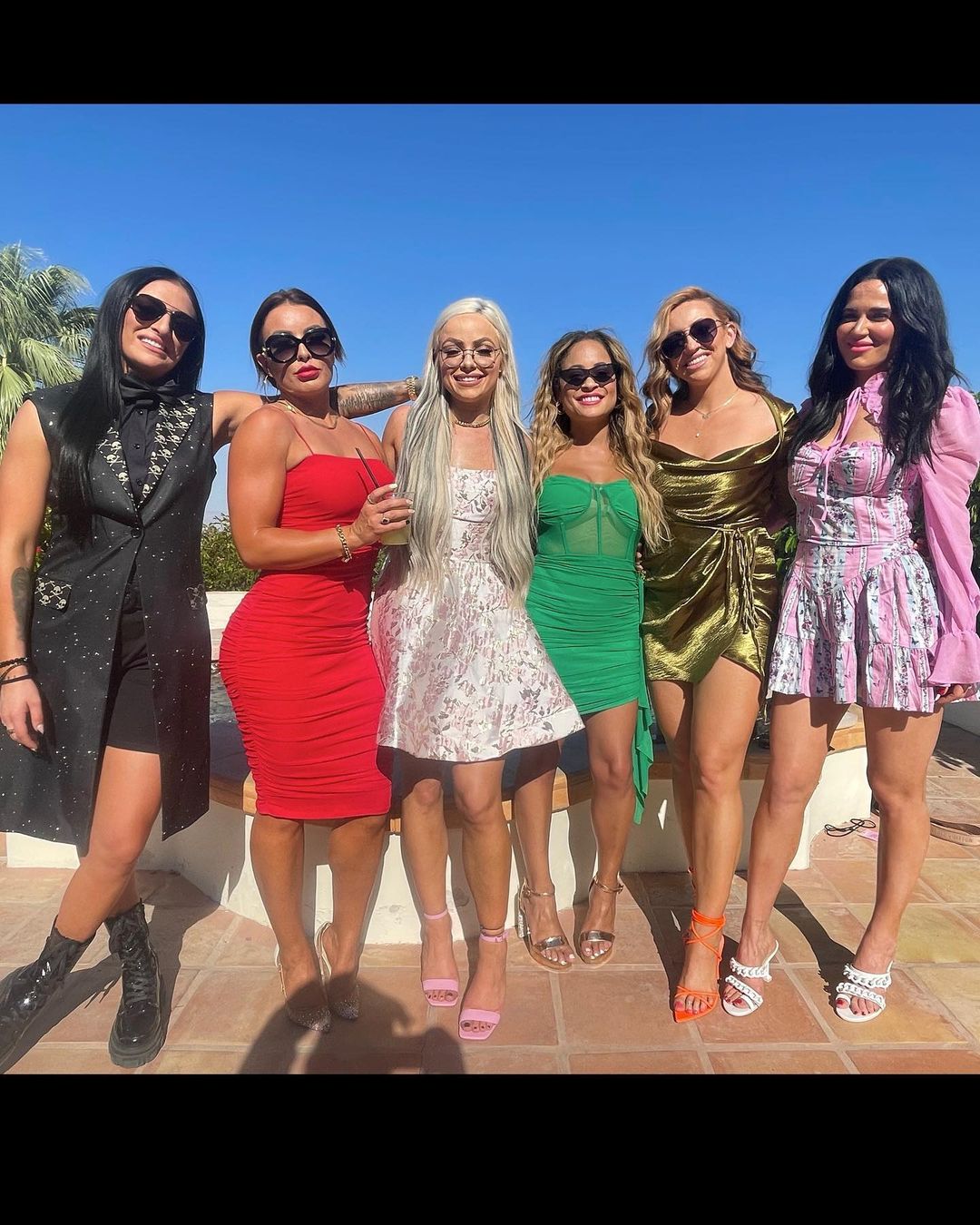 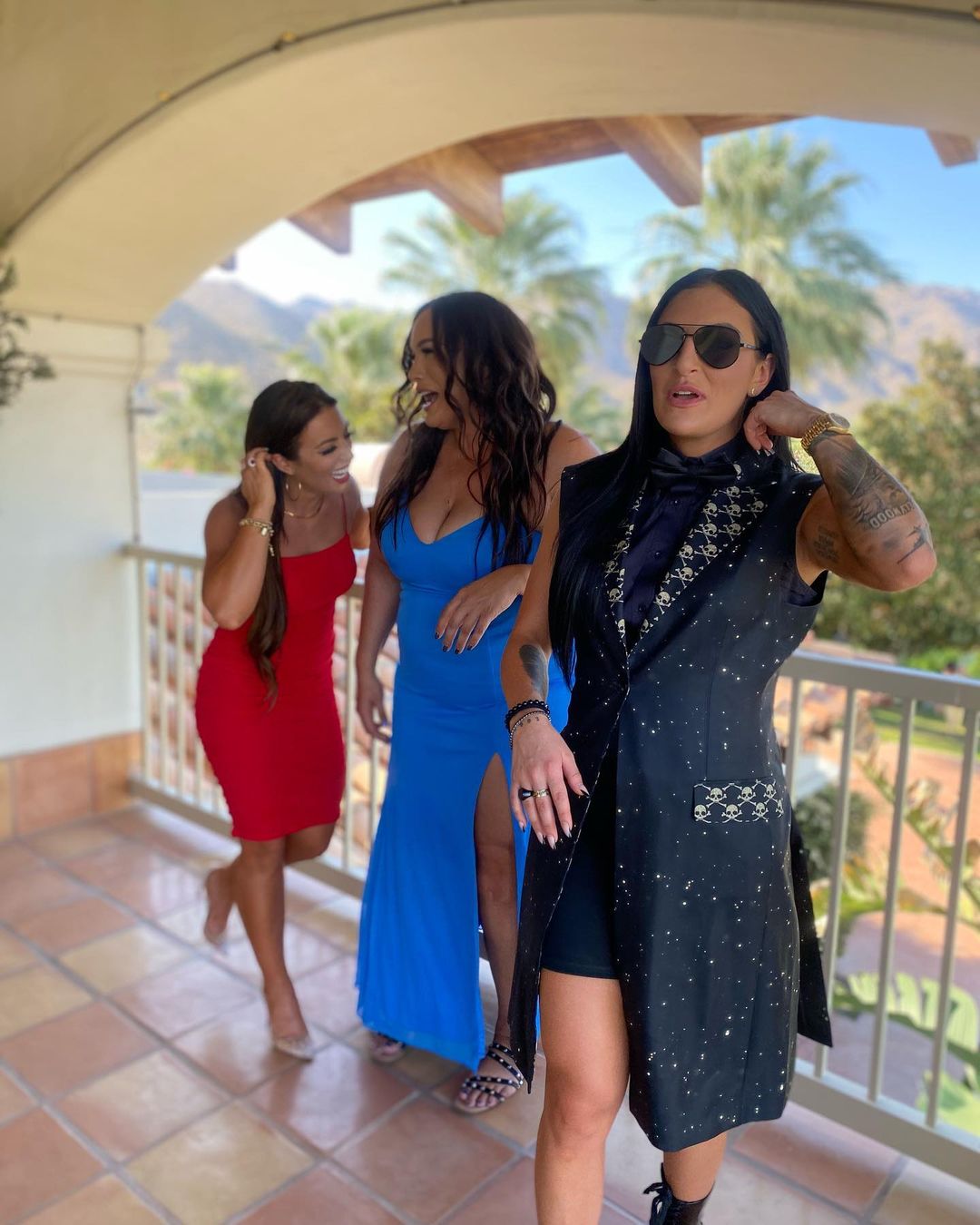 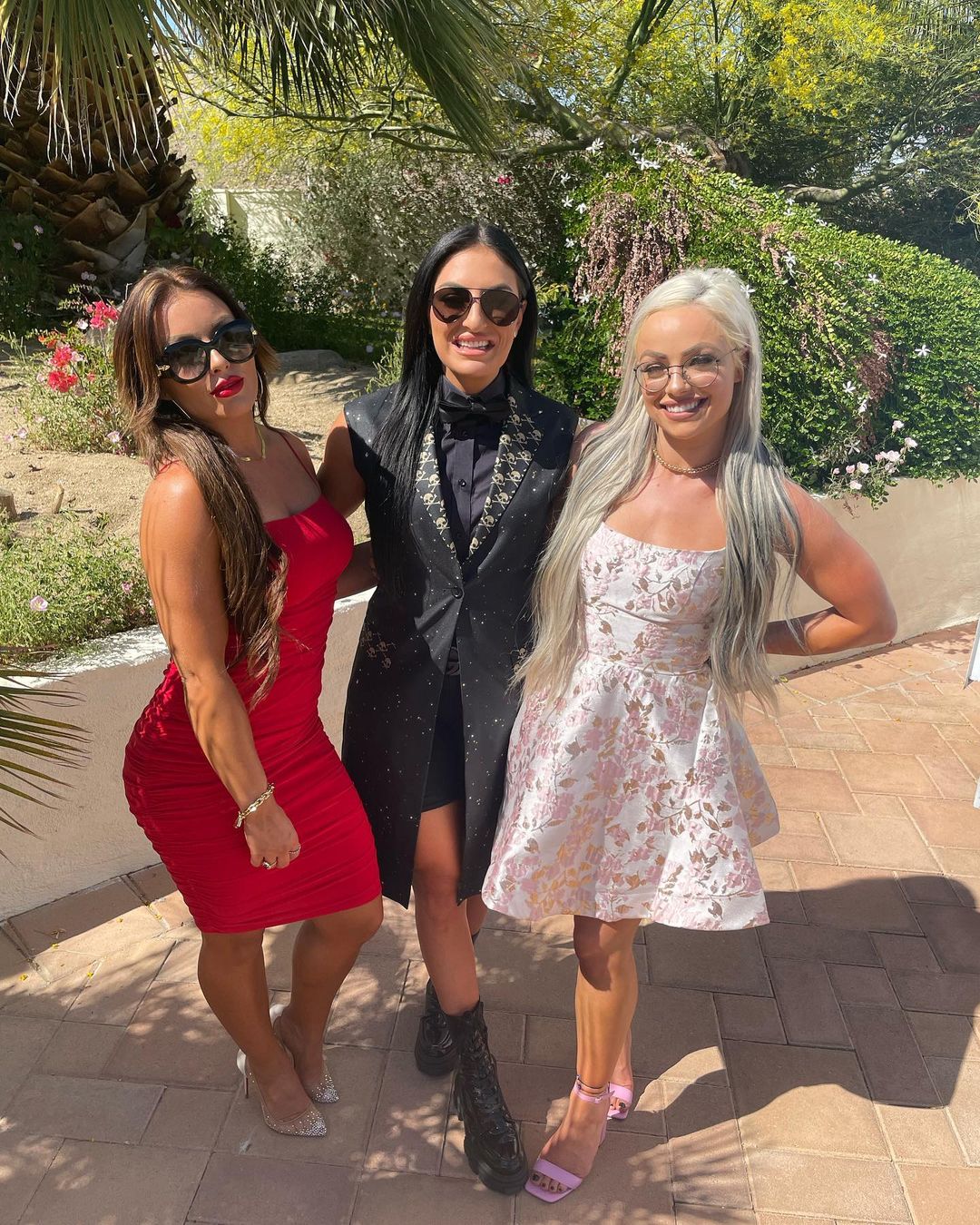 Carmella & Corey Graves also got married a few days back. Tap here to see the photos.

Today would have been the 97th birthday of Old School Wrestling Legend Angelo Poffo.

Poffo was a professional wrestler during the 40s, 50s, 60s and 70s, as well as the promoter of International Championship Wrestling (ICW), but the thing Angelo was most famous for, was being the father of WWF Legend “The Macho Man” Randy Savage and WWF Veteran “The Genius” Lanny Poffo.