• Tony Khan Has Invited UFC To AEW’s Next PPV

Both were shown in attendance. Below is a photo: 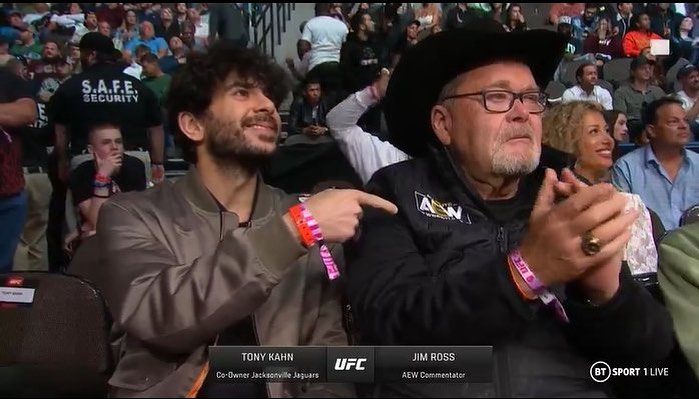 During a recent interview with ESPN, Tony was asked some question regarding AEW’s upcoming events.

On when the Blood & Guts match (AEW’s version of War Games) will return:

On if the Stadium Stampede Match will return:

“That I’ll have to get back to you on. I’ve thought about it. It’s a very different wrestling world now than it was during the pandemic. I think it’s a great match, a signature match for us that people really enjoyed.

But some of the reasons we presented that match were because of the challenges that existed in the world because of the pandemic, as far as presenting sporting events with live fans. That doesn’t really exist in this live-event pandemic.”

On a possible relationship with UFC:

I’m just excited to be out there for the week. Hopefully, I can see UFC President Dana White and UFC Chief Business Officer Hunter Campbell in Vegas.”