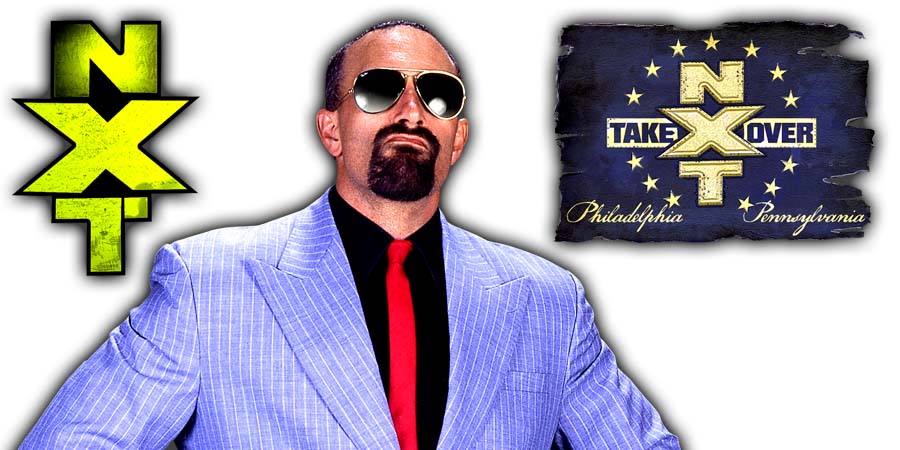 Tonight’s NXT TakeOver: Philadelphia is airing live from the Wells Fargo Center in Philadelphia, Pennsylvania. This is the 18th TakeOver event in NXT history.

• Kassius Ohno vs. The Velveteen Dream

The first match of the night is the NXT Tag Team Title match between Kyle O’Reilly and Bobby Fish of Undisputed Era and former champions The Authors of Pain.

The end came when The Authors of Pain went for the Super Collider, but it backfired and O’Reilly ends up pinning Akam for the win.

Top indy tag team War Machine is shown in attendance. They are expected to start their NXT career soon. 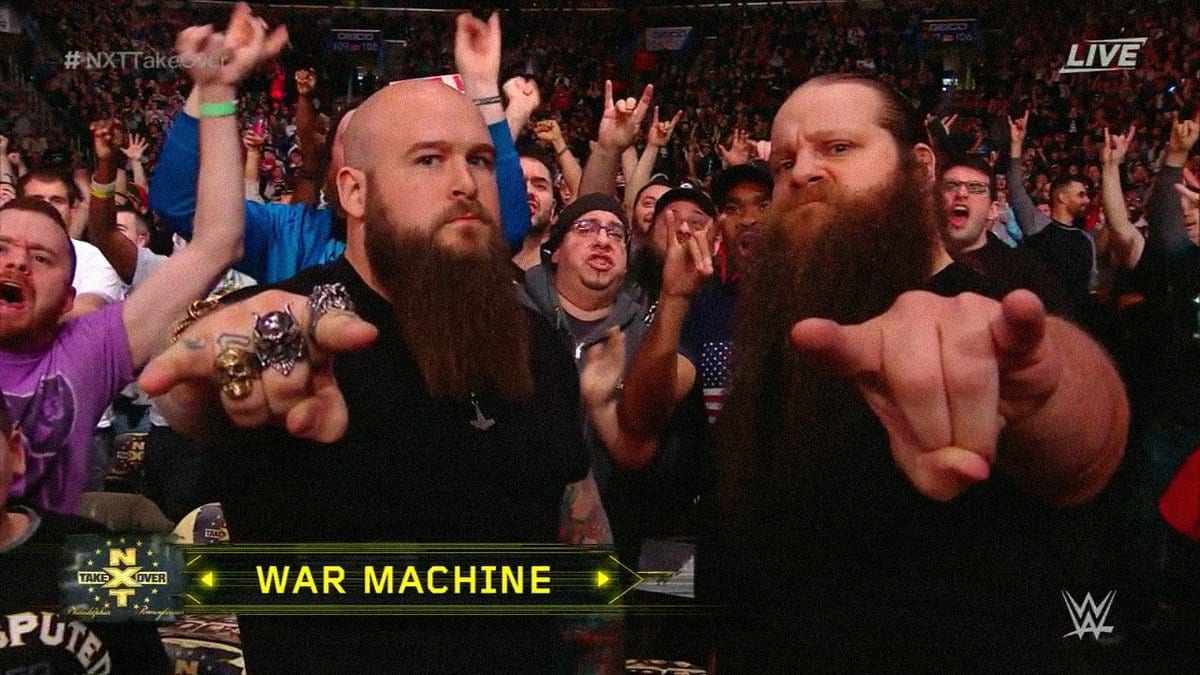 Up next is a singles match between Kassius Ohno & The Velveteen Dream.

After good back & forth action, Velveteen Dream ends up picking up the win after knocking off Ohno with a Purple Rainmaker (top rope flying elbow drop)!

Up next is the NXT Women’s Championship match between Ember Moon and Shayna Baszler. Baszler is working Ember’s arm and Ember is looking in trouble from the get-go.

After good back and forth action, Ember Moon manages to hit Shayna with the Eclipse, but isn’t able to pin her as she’s writhing in pain with a messed up arm – thanks to Shayna.

Shayna comes back into the match and locks in an armbar and Ember is looking in trouble! After surviving the pain during the armbar, Ember rolls up Shayna out of nowhere and pins her to retain the Title!

Shayna attacks Moon after the match and chokes her out.

Ricochet is shown in attendance next.

Up next is the Extreme Rules match between Aleister Black & Adam Cole.

You say you want tables? @AdamColePro's got something for you… pic.twitter.com/Sz1C00Sdbf

Aleister hits the Black Mass in the end for the win.

You never know WHO you'll run into at #NXTTakeOver. Nice to see you, @therealec3! pic.twitter.com/6QsBQ14DZG

Up next is the main event for the NXT Championship between Andrade “Cien” Almas & Johnny Gargano.

.@AndradeCienWWE trying to drive a stake through the heart of Johnny's title hopes! pic.twitter.com/10jNh2Dmt2

Candice LaRae, wife of Gargano and NXT signee, attacks Zelina Vega and they go brawling out of the arena.

Almas nails a Hammerlock DDT with Gargano being on the top rope to win the match.

Tommaso Ciampa returns after the match and attacks Gargano with a crutch! Ciampa was Gargano’s former tag team partner and was out of action with an injury. You can watch it below:

We go off the air with Gargano laid out on the stage and his wife by his side.