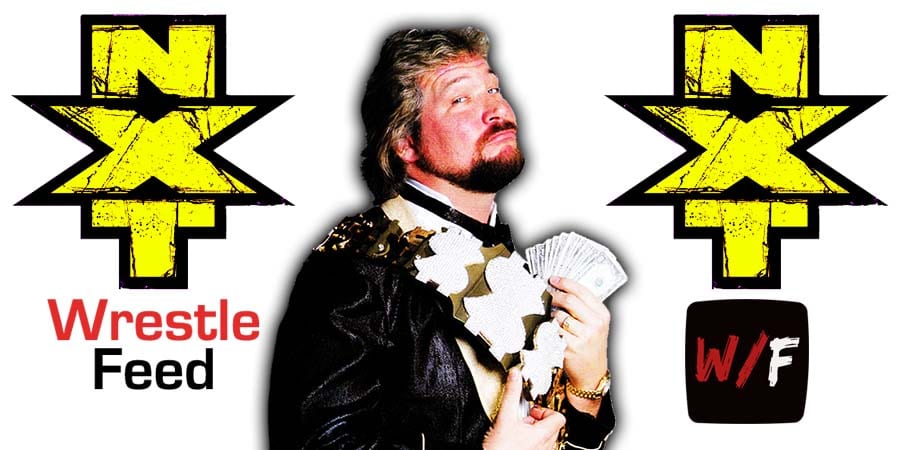 WWE Hall Of Famer “Million Dollar Man” Ted DiBiase is currently appearing on WWE NXT on Tuesday nights and is involved in a program with NXT wrestler Cameron Grimes (who is doing a modern era millionaire gimmick).

DiBiase appeared live on last week’s episode and cost Grimes his match by distracting him.

DiBiase & Grimes are set for a “Million Dollar Face-Off” in the ring this Tuesday night on NXT.

According to the Mat Men Pro Wrestling podcast (who have broken quite a few stories in the past), the Million Dollar Title is coming back:

I was told that it’s like a comparison of old money versus that whole bitcoin money. It’s unsophisticated idiots becoming millionaires overnight because of cryptocurrency and the Million Dollar Man represents old wealth, 1980s wealth. I think that’s the story here with this.”

He became the 1994 King of the Ring and won several other titles, such as the WWF Intercontinental Championship and the WWF Tag Team Championship, but has yet to be (posthumously) inducted into the WWE Hall of Fame, a move that is currently prevented by his widow Martha Hart.