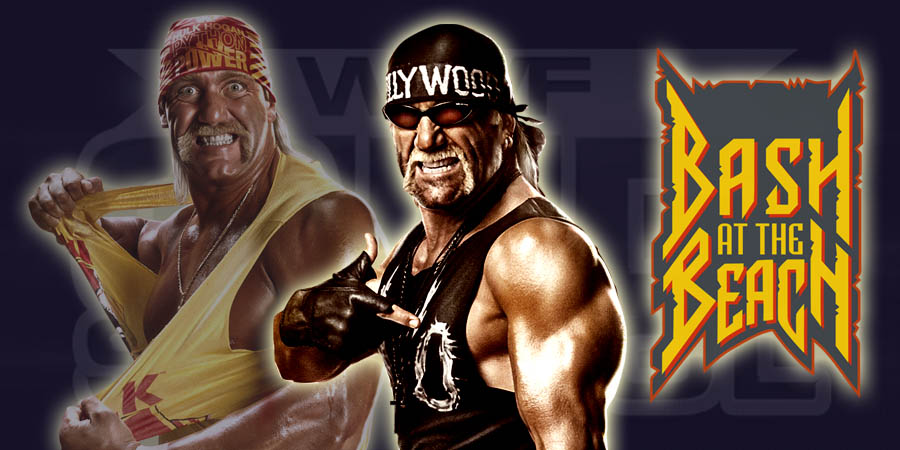 On this day in Pro Wrestling history in 1996, the biggest heel turn in the history of professional happened at WCW Bash at the Beach 1996.

The main event for the PPV was The Outsiders and their mystery partner taking on Randy Savage, Sting & Lex Luger. Hulk Hogan came out during the ending moments of the match and hit a leg drop on Savage and turned heel. Below are the results from the PPV: