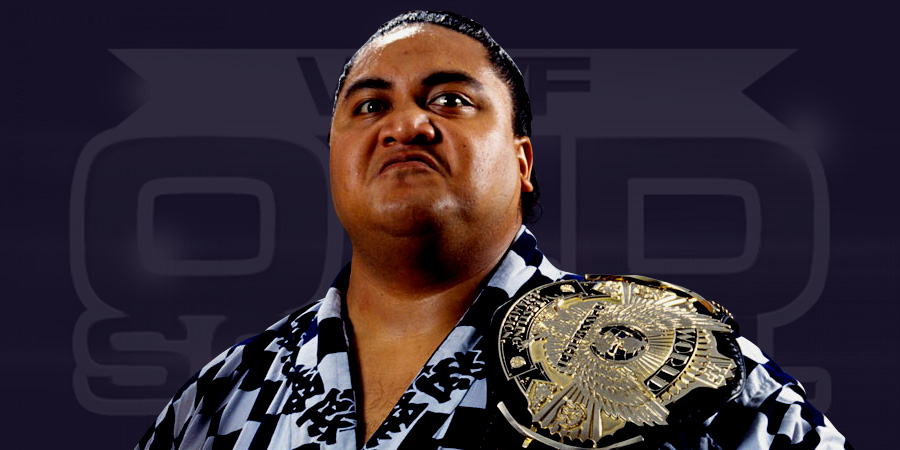 On this day in Pro Wrestling history in 2000, former 2 time WWF World Champion & WWE Hall of Famer Yokozuna passed away. He was just 34 years old.

Yokozuna died from pulmonary edema (fluid accumulation in air spaces of lungs which leads to respiratory failure) in his hotel room while he was on an independent wrestling tour in Europe.

Rodney Anoaʻi made his WWF debut in 1992 as Kokina and wrestled an untelevised match at a WWF Superstars taping, where he defeated Ron Neal. This gimmick was shortly dropped and a new gimmick was given to him and he then made his official debut as Yokozuna on an episode of WWF Superstars. He wrestled his first WWF PPV match at Survivor Series 1992, where he defeated Virgil. Yokozuna quickly reached the main event status in the World Wrestling Federation when he won the 1993 Royal Rumble match and became the #1 contender to Bret Hart’s WWF World Title at WrestleMania 9.

Yokozuna defeated Bret Hart in the main event of WrestleMania 9 to become the new WWF World Champion, but would drop the title to Hulk Hogan just a few minutes later on the same night. Yokozuna would go on to become a 2 time World Wrestling Federation Champion when he defeated Hulk Hogan at King of the Ring 1993. Later in his career, he captured the WWF Tag Team Championship twice along with Owen Hart.

Below are some videos which show Yokozuna’s greatest moments in the WWF: