On this day in Pro Wrestling history on March 28, 1999, the World Wrestling Federation aired ‘WrestleMania XV’ LIVE on PPV from the First Union Center in Philadelphia, Pennsylvania.

This was the 15th annual WrestleMania event with the inaugural WrestleMania happening in 1985. Even nowadays, WrestleMania is still by far the biggest professional wrestling event on the planet every year.

This event featured the first WrestleMania match between The Rock and “Stone Cold” Steve Austin.

Also at this event, The Undertaker defeated Big Boss Man in a Hell in a Cell match to take his WrestleMania record to 8-0 (“The Streak” wasn’t talked about at that point though).

After the match, one of the most infamous WrestleMania moments took place, when Big Boss Man was “hung” from the top of the Hell in a Cell by the Ministry Of Darkness. 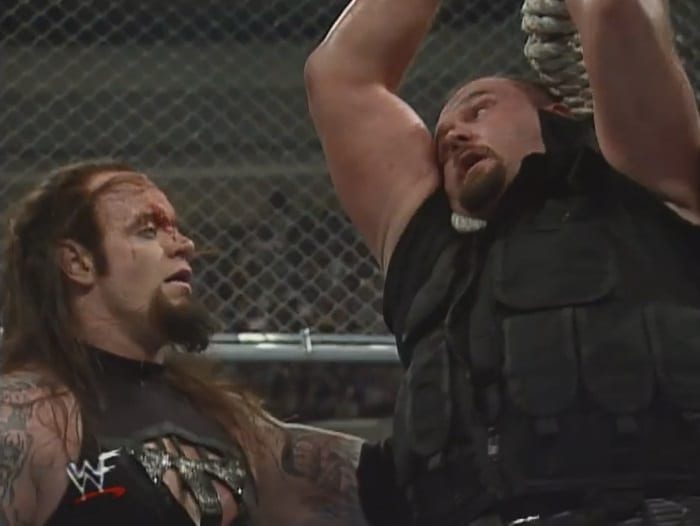 – Hell in a Cell: The Undertaker defeated Big Boss Man