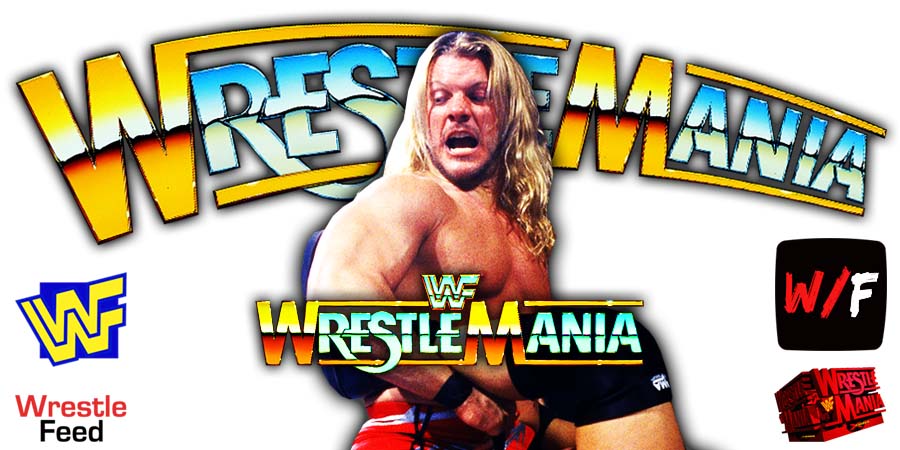 At WrestleMania 29 in 2013, Chris Jericho faced Fandango and lost.

Jericho has noted in interviews that he didn’t want to face Fandango and even had a conversation with The Undertaker about it.

Undertaker told him if Jericho is not going to do it, Vince will find somebody else. And if Jericho does it, and puts Fandango over big time, when Vince will have even more respect for Y2J.

On Rene Dupree’s podcast, Fandango revealed that Jericho was originally scheduled to face Ryback at WrestleMania 29.

Fandango also revealed that he was told about him defeating Jericho just a day before WrestleMania:

“Maybe Vince just doesn’t know because he’s probably still discussing it with Chris. I feel like there was a little tension there. I think Chris was supposed to work Ryback, and then maybe a month or a month and a half out Vince kinda threw the Fandango thing at him, so I can see where he was a little irked with the whole angle.

It was a pretty simple match. Vince didn’t want a wrestling match. He said, ‘I’ve got a locker room full of f**king wrestlers already. You’re not a wrestler. You’re a ballroom dancer.’

He wanted it to be the biggest upset of all time.”

On the other hand, Ryback went on to face Mark Henry at WrestleMania 29 and lost.

Tajiri wrestled for Paul Heyman’s Extreme Championship Wrestling from 1998 till they closed their doors in 2001, but was immediately picked up by Vince McMahon’s World Wrestling Federation (later WWE), where he wrestled until he went back to his home country Japan in December 2005.

In Japan, The Japanese Buzzsaw wrestled for several promotions such as New Japan Pro-Wrestling, All Japan Pro Wrestling, Hustle & Wrestle-1.