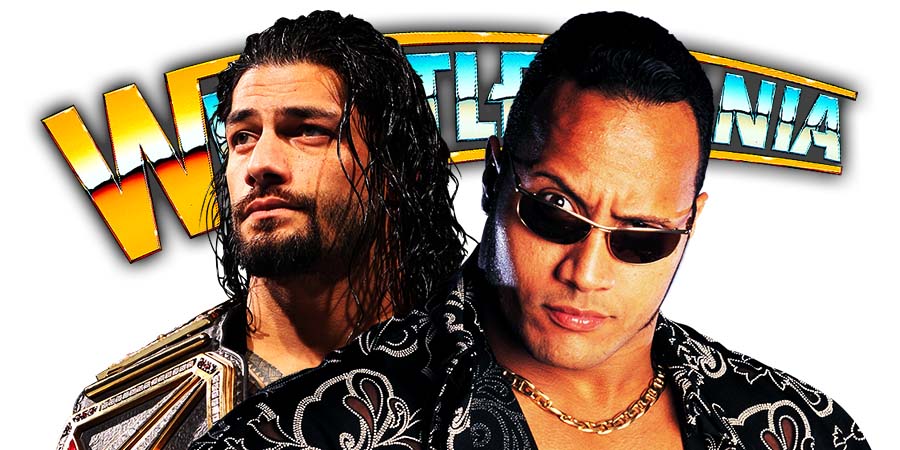 – The Big Bossman vs. Larry Lawson

According to WrestleVotes, the original plan for WrestleMania 35 was for The Rock to return and win the Men’s Royal Rumble 2019 match and then challenge “The Big Dog” Roman Reigns for the Universal Championship at WrestleMania 35.

Obviously, the plan got nixed due to Reigns’ departure because of leukemia.

Rumble tidbit: Plan at one point was for The Rock to win the Royal Rumble & face Roman Reigns at Mania. That’s obviously not happening. Can Rock still win it & face Lesnar? I guess. Depends what kind of agreement Rock and WWE have. Once plans changed, Rock may have reconsidered.

This confirms previous reports from the Dirty Sheets (which we posted prior to SummerSlam 2018) that WWE officials were building towards a Rock-Reigns match at WrestleMania 35.

With Reigns being out of the picture now, Dirty Sheets later reported that WWE officials were interested in booking Brock Lesnar vs. The Rock for the Universal Championship at WrestleMania 35, with The Rock winning the Title and then a rematch between the two taking place in Saudi Arabia the same month in April 2019.

However, if WWE is unable to secure The Rock for a match at WrestleMania 35, then WWE has some other plans. You can read about the expected Universal Title match for WrestleMania 35 here.