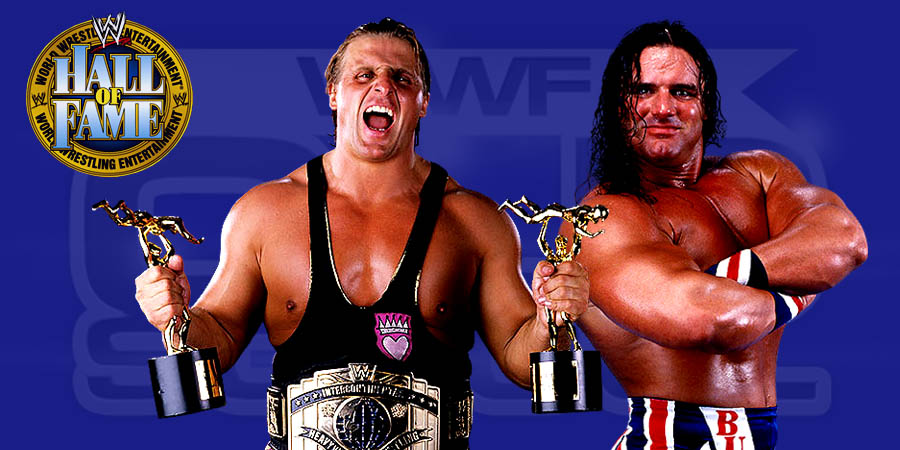 I just got off the phone with my brother Bret, who called to wish me well. In talking to Bret, I can confirm that WWE will NOT be inducting Owen, Davey, Blue Blazer or even as Bret and I suggested, of inducting the entire Hart Foundation as a unit this year in Dallas for their fictional Hall of Fame. This once again proves that WWE’s Hall of Fame is nothing more than profiteering, grandstanding and political BS. It’s a shame, not only for the fans that still fill my inbox annually holding hope, but also for WWE as the task of filling 100,000 plus into Jerry’s world seems near impossible with their vastly depleted roster and horrible creative direction.

A Hart Foundation induction on its own would not fill the stadium, but I’m sure would help more than the proposed inductions of The Godfather, Jacqueline or JBL (with all due respect). The reason given for the lack of an Owen induction is still our former Sister in law, Martha who still holds a grudge as if the tragedy happened days ago. Personally, I wouldn’t blame Bret or anyone in my family if they boycotted this year’s show.

Former TNA World Heavyweight Champion James Storm was recently interviewed by Radio Yorkshire and was asked about his short NXT run. Below is what Storm said:

It was cool being in NXT, I made a lot of new friends, I saw a lot of old friends as well… I think NXT reminded me of a young TNA group, guys who were out to prove they deserved to be there and in TNA guys are trying to prove they can hang with The Wolves, Matt Hardy… the two groups don’t hate each other, they have to go out and do their job to the best of their abilities.

9. Even More Backstage Heat on Lana

According to Wrestling Observer, Lana is facing even more backstage heat than before. This was the reason why The Rock was booked to take shots at Lana.

Lana’s heat with WWE officials began when she revealed her real-life engagement with Rusev on the Internet, and ruined a WWE storyline.