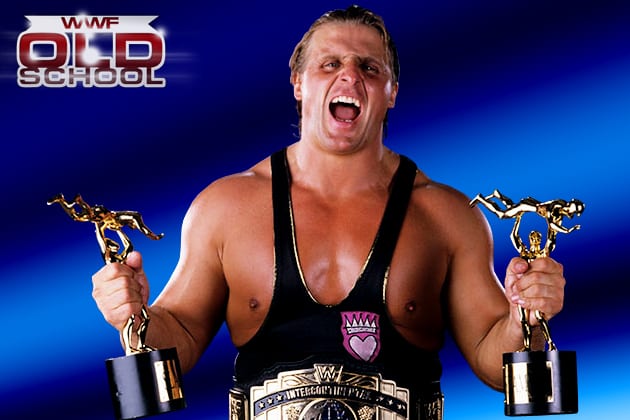 Owen Hart is known for many things. As a wrestler, it can be easy to be only remembered for one thing, just ask Mick Foley, who is immensely remembered for his unbelievable Hell In A Cell match against The Undertaker on 1998’s King Of The Ring PPV.

Unfortunately for Owen Hart most people only remember him for his tragic demise.

Owen Hart fell 78 ft. (21m) from the rafters of the Kemper Arena, performing a stunt in which his Blue Blazer persona would make a flashy entrance to fit his character. As a promo package played, Owen’s harness malfunctioned, causing him to plummet to the ring and causing 15000 in attendance at Kansas City to witness a man die. This all took place on WWF’s Over The Edge PPV in May, 1999.

Owen was a loved man by all in the wrestling business and by the fans as well, even though he spent most of his WWF tenure as a villain.

To remember Owen in the way his final day on earth was played out is silly, as Owen should be remembered for his greatness and impact on the wrestling world.

A two-time Intercontinental champion, Owen never reached the capacity of fame and prestige as his brother Bret did, who captured the WWF Championship 5 times. Owen battled Bret and other former-champions for the title, but had never been successful.

Owen, however, would have been the perfect WWF Champion because he had everything a WWE superstar needs to be successful. He had amazing agility, technical wrestling prowess, historic ancestry, persona, charisma and a great look. He had exceptional intensity and satisfactory microphone work, he is the perfect superstar.

But what separates Owen from others is his character. The fans can both love and hate the man. He has proven that he can be loved (his 1997-1998 face run and his alliance with Bret Hart in 1993), and that he can be loathed (during his 1994 feud with Bret, his partnership with The Nation and his various tag team title runs with Yokozuna and Jeff Jarrett). Either way, the crowd naturally jumps on the side they are supposed to with Owen.

The King of Hearts has proven he can do anything in the ring and in character adjustments, as he is known for being one of the funniest characters of all time. If you don’t believe me, re-live his brief 1999 Blue Blazer run or his acceptance speech at the 1997 Slammy awards.

Rest in peace, Owen. We miss you.