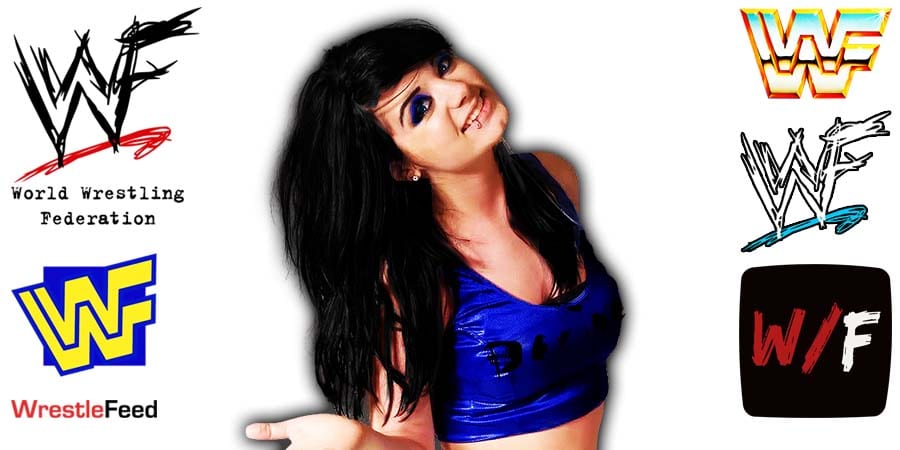 She wrote a goodbye letter on Players’ Tribune. You can read an excerpt from it below:

“The truth is, it was easy enough for WWE to get behind me in those early days.

I was a young woman who could wrestle at a high level and cut good promos and move loads of merch — I was probably one of their top assets, you know what I mean? And you don’t learn much about people from how they treat you when you’re on top.

You learn about people’s true nature, I’ve found, from how they treat you when you’re closer to the bottom.

And a few years ago I got pretty close to the bottom.

It was like, almost overnight, so many things changed: Suddenly my neck was f**ked and I couldn’t wrestle. I popped a drug test. My $ex tape leaked. I got depressed. I started drinking. And I became less of an asset to WWE, and more of a liability, for a long time. I’m sure of it.

They even gave me a full segment on RAW to announce my in-ring retirement. I’ll cherish that for the rest of my life. Not just getting to make the announcement like I did, but also the respect it showed on WWE’s part, that they viewed me as worthy of that kind of treatment — the kind normally reserved for an Edge, or a Daniel Bryan, or an HBK, or a Hunter.

That they viewed me as someone who’d built a legacy of her own.”

That’s a wrap @WWE see ya again some time! Thanks everyone for the support before, during and now after! Let’s see what the future holds! And thanks @PlayersTribune for this awesome goodbye letter – https://t.co/eR80o6uAy3

Also Read: “I would make a killing on OnlyFans” – Paige

Kwee Wee was trained in World Championship Wrestling’s very own wrestling school, the famous WCW Power Plant and then wrestled for Ted Turner’s promotion until it was sold to Vince McMahon in 2001.

He wrestled the opening match of the last ever WCW pay-per-view Greed on March 18, 2001, but was defeated by Jason Jett.

His valet used to be the former Nitro Girl Paisley, whom most Wrestling fans know as Sharmell Sullivan, the wife of Old School WCW Legend Booker T.