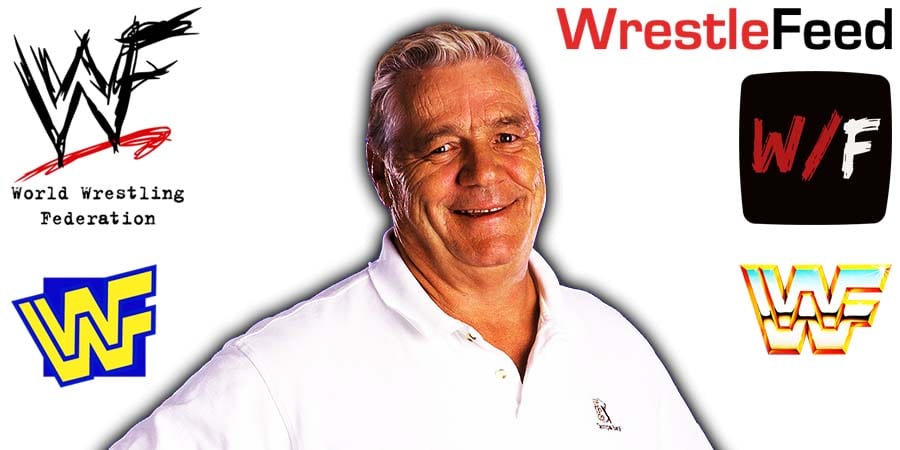 Pat Patterson passed away this past Wednesday, and a lot of stories about him are being shared by his colleagues.

Matt McCarthy, who was a WWE writer in 2011-12, shared a story on PWTorch about Pat Patterson pulling a prank on Vince McMahon, which was inspired by an episode of The Simpsons.

At first I was like, I start pitching my — if you remember the episode of The Simpsons where Bart is like, ‘We should turn our desks around and face the other way, you know, before the teacher gets here.’

So somehow we got word, we knew Vince was in the building and he’s on his way up. So all the lights are off and we’re all sitting there with our hands folded, not talking, waiting to see what the hell is gonna happen now, and Vince comes in the room and he’s just like, ‘God damn! Get some lights on in here. What’s going on?’

So he turns on the lights and Pat’s like, ‘Ah! How you like that Vince? How you like that!? Why you here so late!?’… and Vince comes rolling up to the front of the room and he puts down his briefcase and Pat would go, ‘Vince, how would you like it if all of us showed up to the meeting three hours late? What would you do then!?’ And Vince just gets a smirk on his face and he just goes, ‘Fire the God damn room.’”

It was broadcasted from the Baltimore Arena in Baltimore, Maryland and featured matches & storyline segments on the road to the ‘WWF Capital Carnage 1998’ PPV, that happened later on the same day.

This was basically used as a pre-show for the pay-per-view.

6. The Undertaker vs. Mankind