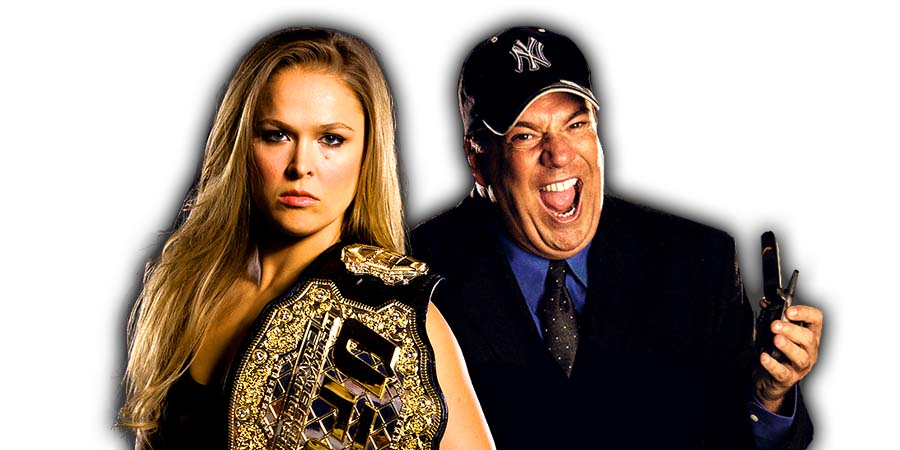 On Ricochet signing with WWE:

“It’s bittersweet to see him go. I wrestled Puma/Ricochet/Trevor all over the world by all these different names. He’s one of the best in the business right now and I’m really excited to see what happens for him at WWE and see him on NXT.

It’s sad to see him go but when he was a kid he grew up watching WWF and I think it’s something he had to do for himself. He had to get there and see what it was like for himself. I think he’s going to kick a$$ there… Everyone’s going to miss Puma. I actually teared up on that last episode when he walked away. It was emotional man.”

On who he would like to face in WWE & if Daniel Bryan would return to in-ring action:

“There’s a lot of cool match-ups that are waiting for me in the WWE. I’d love to teach Roman Reigns how to work. Just kidding. Seth Rollins. Unfinished business with The Miz. It’d be fun to get back in there and maybe do some Dirt Sheet episodes with him.

Me, Miz, Ziggler and Zack Ryder would have a hell of a faction I think. I’ve never really had a long program with Cena. That’d be a fun one. I have a feeling that Daniel Bryan will be back when he gets cleared.”

On The Miz’s success in WWE:

On if he regrets wrestling under so manny different ring names and not under his real name:

“I don’t own any of these names. I don’t own Johnny World, Johnny Mundo, John Morrison, Johnny Nitro, Johnny Blaze or Johnny Impact. None of it. If I had my career to do over again, I think I would wrestle under my real name John Hennigan because if there was some sort of brand test associated with professional wrestling I would hardcore fail that test because I have so many names it’s confusing to me even. I don’t know how to introduce myself to people on the phone depending on who I’m talking to.”

With Brock Lesnar most likely leaving WWE after WrestleMania 34, WWE officials are thinking of retaining the services of Paul Heyman and making him the advocate of the “Baddest Woman On The Planet” Ronda Rousey, according to The Dirty Sheets.

Also, WWE officials are ready to turn Ronda heel if the crowd turns on her down the line as they don’t believe Ronda will be a polarizing figure like John Cena or Roman Reigns.