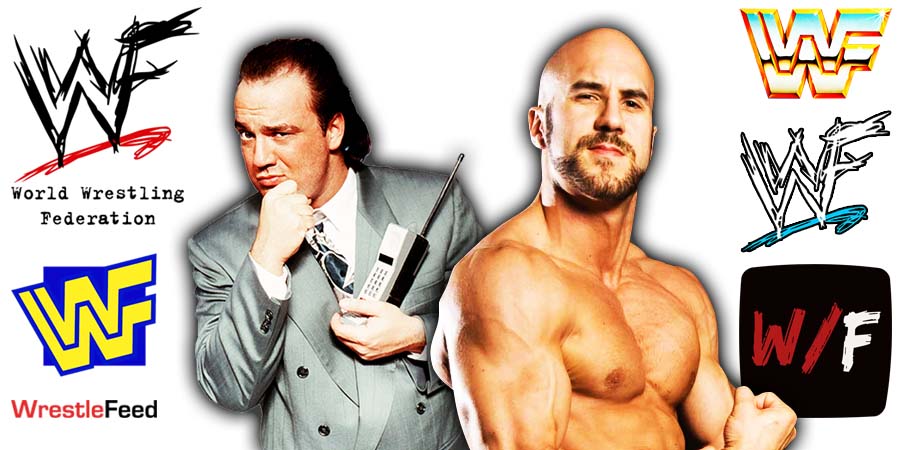 While talking to Wrestling Shoot Interviews, Old School Wrestling Legend Dutch Mantell discussed Cesaro’s 10 year (2012-2022) WWE run, including the time when he managed The Swiss Superman in The Real Americans.

Dutch, who previously worked for the WWF as Uncle Zebekiah and later returned to the WWE as Zeb Colter, claimed that none other than Paul Heyman killed off Cesaro’s push in WWE.

Here’s what Mantell had to say:

“Well in wrestling when you go into an arena and you got to feel it, you got to feel what the room and how they’re accepting you or what they think about you. And they like these two guys, even though I was the heat magnet for them, they like (Jack) Swagger and they like Cesaro together.

Both guys about 6’5, strong, and then I show up at TV one day and they put him with Heyman and I asked one of the agent, and I said, ‘why?’ and I never doubted anything really. I was glad to be there but I’m thinking, why would anybody make such a move?

Cesaro made his surprise AEW debut at the AEW x NJPW: Forbidden Door PPV, where he replaced an injured Bryan Danielson, and is now a full time wrestler on the All Elite Wrestling roster, going by his real name Claudio Castagnoli.

Also Read: “He’s one that I wouldn’t have wanted to lose” – Hall Of Famer On Cesaro Leaving WWE To Join AEW

The Macho Man on TNT