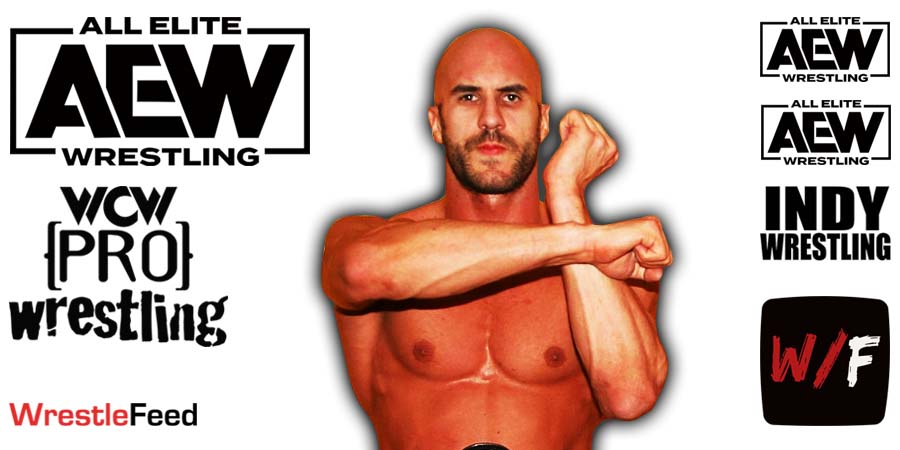 Cesaro left the WWE earlier this year when his contract expired. This past Sunday at the AEW x NJPW: Forbidden Door PPV, he made his debut in All Elite Wrestling as Claudio Castagnoli.

2-Time WWE Hall Of Famer Booker T is a big fan of Cesaro and noted on his podcast that WWE could’ve turned Cesaro in to a big star, but it didn’t happen.

“Cesaro was always my guy. I always felt like him and I had a whole lot in common.

Being around for a long time, working your a$$ off, and waiting on someone to pull your name, and say, ‘This is the guy.’ That happened for me. There were many times we thought that was that moment for Claudio in the WWE, and it really never happened.

I mean, me personally, I really don’t know why. But that’s one of the guys that I really feel that could have been made by just giving him a huge push and then after that, it really wouldn’t have mattered how we used him as long as we kept him at a certain tear.

He was the guy that we could have made. Once you make a guy like that who can hold it, he’s made forever. I don’t think you’ve ever had to really worry about Claudio from an in-ring perspective and if you put him in the right situation with the microphone, he delivers there as well.

He’s one that I wouldn’t have wanted to lose.”

This episode took place at the TNA Impact Zone in Orlando, Florida and featured matches, interviews & storyline segments on the road to the ‘TNA Victory Road 2006’ PPV.

No DQ: Team 3D (The Dudley Boyz) vs. America’s Most Wanted