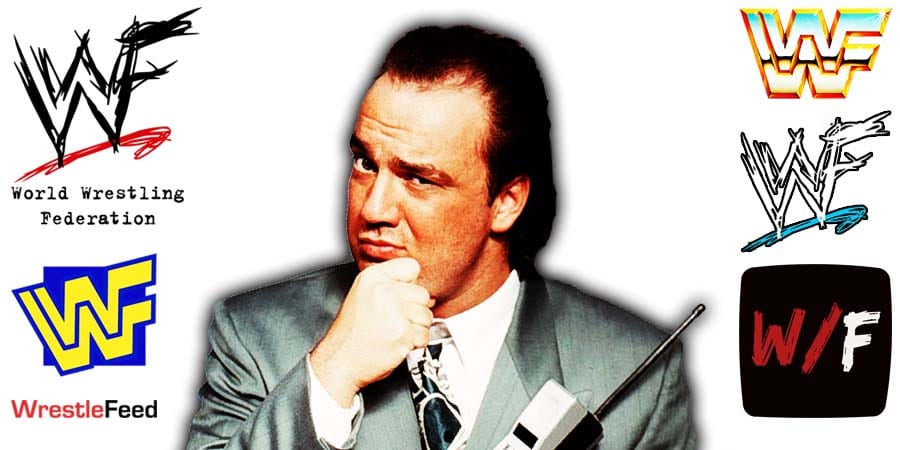 After Vince McMahon retired on July 22nd as a result of the ongoing hush money scandal, his daughter Stephanie McMahon became the new Co-CEO alongside Nick Khan, while Stephanie’s husband ‘The Game’ Triple H became the new Head of WWE Creative.

Legendary WCW/ECW/WWF/WWE Manager Paul Heyman (fka Paul E. Dangerously) not only has a great reputation when it comes to having a creative and brilliant mind for the business, he also has a fantastic chemistry with Stephanie work-wise.

According to PWTorch, Heyman could receive a bigger role in the company in the future:

“He ran ECW, he revolutionized the wrestling industry. Without him there is no Attitude Era, I don’t think. And then he has worked with WWE and he butted heads with Stephanie McMahon.

As I’ve talked about in recent months, it seems like to people that have seen them, that Heyman and Stephanie get along. You know like, genuinely, there’s a chemistry and a dynamic between them that’s very positive. And that’s very different than you know, 15-20 years ago.

So, Heyman is someone to watch. He’s really, really smart. And he is a wrestling guy.”

Paul Heyman & Stephanie McMahon also get along great on camera, ever since they teamed up as the leaders of Extreme Championship Wrestling (ECW) during the 2001 Invasion storyline.

This episode was pre-taped at the Conseco Fieldhouse in Indianapolis, Indiana and featured matches, interviews & storyline segments on the road to the ‘WWE SummerSlam 2002’ PPV.