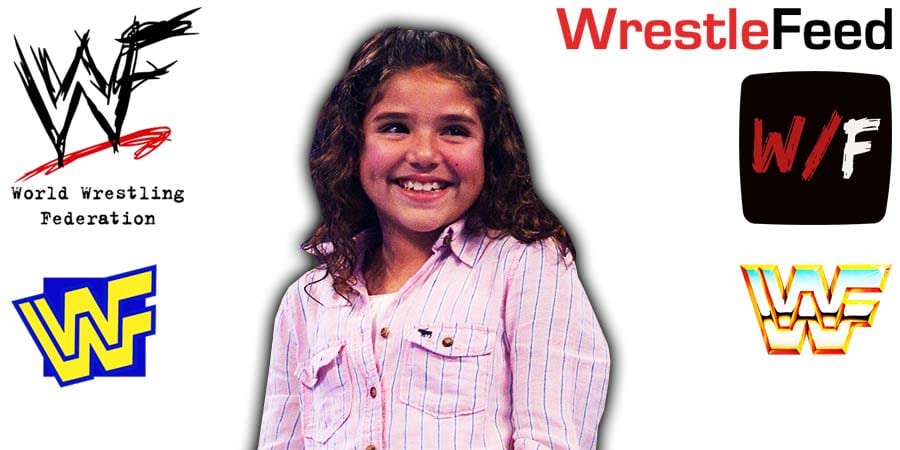 Aalyah & Murphy even kissed in that storyline, but nothing happened afterwards and Murphy was eventually released from WWE.

On tonight’s RAW, a party was held for Rey backstage for his 20th WWE anniversary and his daughter Aalyah gave him his original WCW Halloween Havoc 1997 gear, but Judgement Day crash it.

Ripley returned from injury and Aalyah got in her face, but Rhea shoved her away.

Rhea then grabbed Dominik by the hair and dragged him out of the room. Rey went to save him, but got attacked by Balor & Priest and Rey got powerbombed through a Table.