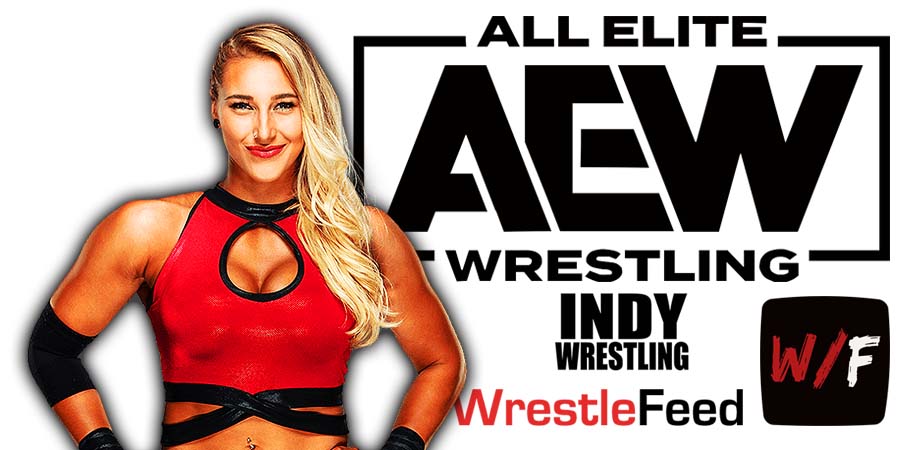 WWE RAW Wrestler Rhea Ripley has been working out with AEW wrestler Buddy Matthews (fka Buddy Murphy in WWE) as of late.

Fans began speculating that they might be dating, and that’s exactly the case.

Rhea had the following conversation with a fan on Twitter, where she confirmed she’s dating Buddy:

Fan: Rhea what does he have that I don’t

A few years ago, Buddy was in a relationship with Alexa Bliss.