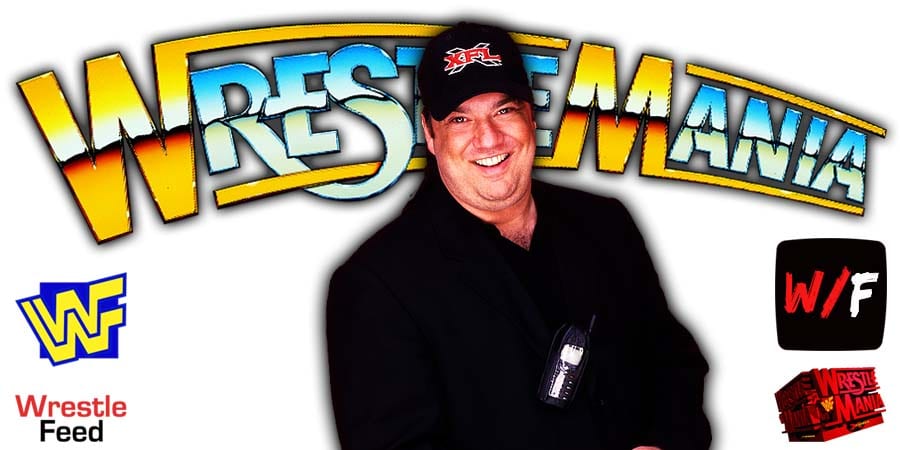 On this week’s episode of Talking Smack, Paul Heyman congratulated Big E on retaining the Intercontinental Championship against Apollo Crews and Sami Zayn in a Triple Threat match on last night’s SmackDown.

Heyman then teased the idea of Roman Reigns vs. Big E for the Universal Championship in the main event of WrestleMania 38 if Big E goes on to have a legendary run as the Intercontinental Champion.

“As the Intercontinental Champion, you have a chance to be part of The Showcase of Immortals at WrestleMania, but you won’t be the main event.

Now, solidifying a legendary title reign can get you to a position at WrestleMania next year, the main event for the Universal Championship against Roman Reigns, and that’s what that Championship should be to you.

It should be the designation of you as a great Champion so that you can main event WrestleMania against Roman Reigns. And the fact that you’re not gonna main event this year, sir, that should pi$$ you off. Doesn’t it?”

Big E then replied the following:

“That doesn’t pi$$ me off. That motivates me. Everything I’ve done in the past, as incredible as that was, it will pale in comparison to what I’m about to do this next year.

3. Doink the Clown vs. Reno Riggins