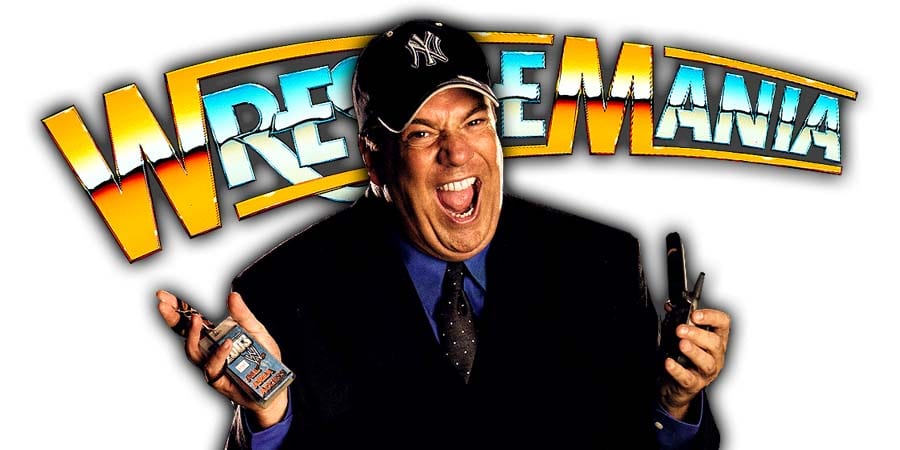 The pay-per-view featured WWF Wrestlers Doug Furnas, Flash Funk (returning to ECW as 2 Cold Scorpio) and Nicole Bass working the show, as part of a deal between Paul Heyman and Vince McMahon.

As seen on this week’s SmackDown, Goldberg vs. Roman Reigns for the Universal Championship was announced for the co-main event of WrestleMania 36.

With that being said, not only is RAW Executive Director Paul Heyman working closely on the Brock Lesnar vs. Drew McIntyre program, he’s also working on the Goldberg vs. Reigns program.

Below is what WrestleVotes is reporting:

“Although the match is on the SmackDown side of the card, Paul Heyman will have some influence on the build & storyline for the Goldberg vs Roman Reigns Universal Title matchup at WrestleMania. Heyman shares very strong relationships with both, especially Goldberg.”