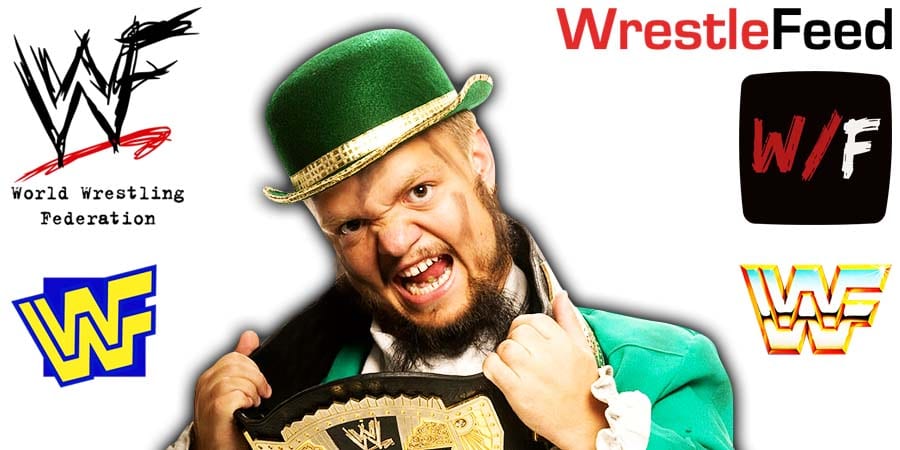 • People In WWE Were Afraid To Prank Hornswoggle

During a recent interview with Inside The Ropes, former WWE Superstar Hornswoggle talked about his WWE career and claimed that people in the company were afraid to prank him.

Here’s what the famous midget wrestler had to say:

“I think people at times were afraid to pick on me because of my relationship with Fit [Finlay], like he is and will always be my dad, my wrestling dad.

I have three dads, I have my real dad, I have Fit and I have Tommy Dreamer and I have three of the most opposite of each other dads ever. But I love it that way.

So I wasn’t the target a lot, and if I was, it was usually by Fit, but I was always the one, like coercing others to pull them on each other.

The thing is, we’re on these overseas tours where we’re gone about 17, 20 days. You need something about 7, 8 days in when we just film TV overseas and we still have a second half of the tour. It’s one of those things and we need that reset button something to motivate us, all right.

Hey, we played cards a lot, Gin Rummy. We had Gin tournaments. Tony Chimel, the famous ring announcer, backstage hand, producer, everything. He would put together Gin tournaments and we had like 16 players.

It was a big thing to win these tournaments, a big deal because there was like everyone from ring crew guys and referees to John Cena would play in these things. And obviously the higher caliber player you knocked out, the more glory.

There was a good amount of times where Big Show was known to throw a deck of cards out of anger or he was known to rip one card so that deck was ruined. Big Show wasn’t a good loser at cards, but we loved playing with them just to get them wound up.

He joined World Wrestling Entertainment in 2006 as Little Bastard, a leprechaun character, and was soon known as the sidekick of Old School WCW Veteran Finlay.

Hornswoggle was eventually suspended in 2015 and released from his WWE contract in 2016.

Also Read: Finlay Tried To Sell Hornswoggle To A Cannibal

It was pre-taped at the Nassau Coliseum in Long Island, New York and featured matches, interviews & storyline segments on the road to the ‘WWE The Great American Bash 2004’ PPV.