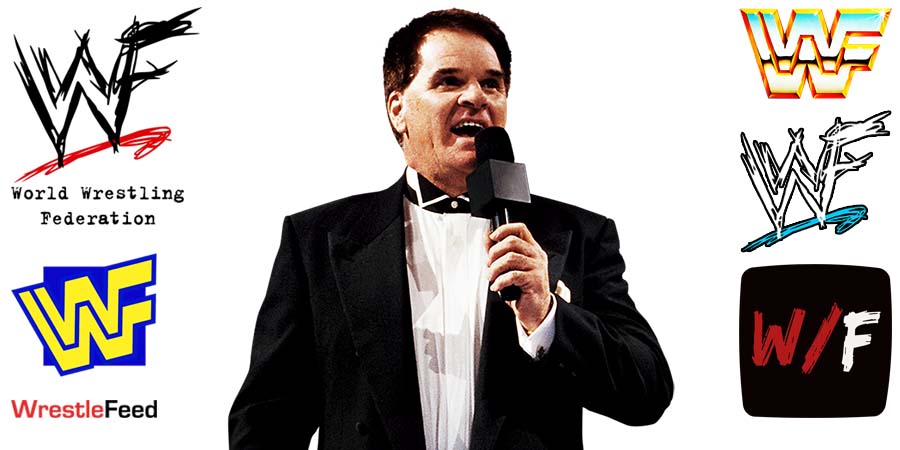 • Pete Rose Reveals How Much WWF Paid Him For Working WrestleMania

Below is what he said during his appearance on The Whole Story podcast:

“Well, it’s strictly a retired baseball player getting a gig, and that gig paid $50,000 to do WrestleMania, and let me tell you something about WrestleMania.

I say this constantly. I have never met a wrestler there that wasn’t a good guy.

They are entertainers. They understand they got a good gig going. I watch them a couple of times a week now. I root for Charlotte, Ric Flair’s my buddy.”

Pete was taken out by Kane in all 3 of his appearances at WrestleMania.

In 2010, Pete was the guest host of RAW for the go-home edition of the show for WrestleMania 26. He booked Shawn Michaels vs. Kane on this show, which HBK won. This led to Kane attacking Rose once again.

In 2012, Kane said the following during an anger management segment on WWE programming:

“For reasons never quite explained, I have an unhealthy obsession with torturing Pete Rose.”

In 2004, Pete Rose became the 1st inductee in the Celebrity Wing of the WWE Hall Of Fame. He was inducted by Kane.

Also Read: Kane On Who He Thinks Is The Greatest Wrestler Of All Time

This episode was pre-taped at the Meadowlands in East Rutherford, New Jersey and featured matches & storyline segments on the road to the ‘WWF WrestleMania III’ PPV.

2. Koko B. Ware vs. Steve Lombardi