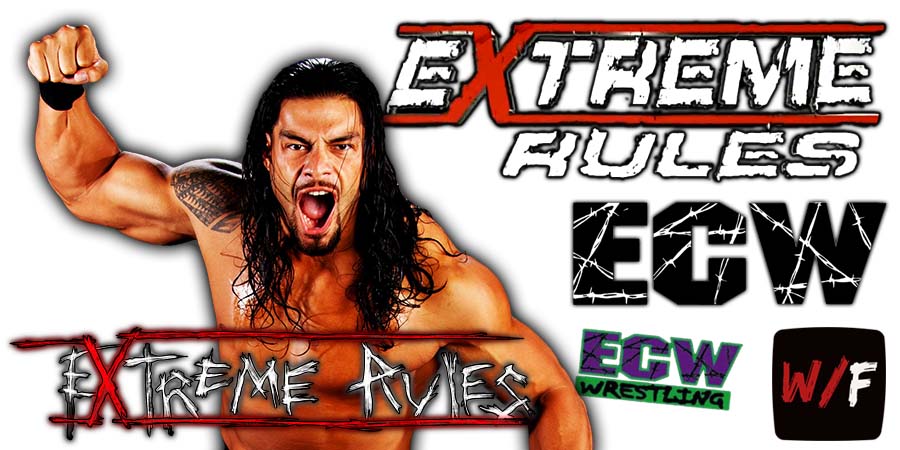 As we reported before, WWE is saving Roman Reigns vs. Brock Lesnar for the main event of WWE Crown Jewel 2021 pay-per-view in Saudi Arabia in October.

Before that, Extreme Rules 2021 will take place on September 26.

On this week’s episode of SmackDown, Roman Reigns will defend the Universal Championship against Finn Balor.

The outcome of this match will not be clean, which will lead to a gimmick match between Reigns & Balor at Extreme Rules.

Speaking of The Tribal Chief, he has completed 1 full year as the Universal Champion.

Here’s what he tweeted about this milestone: