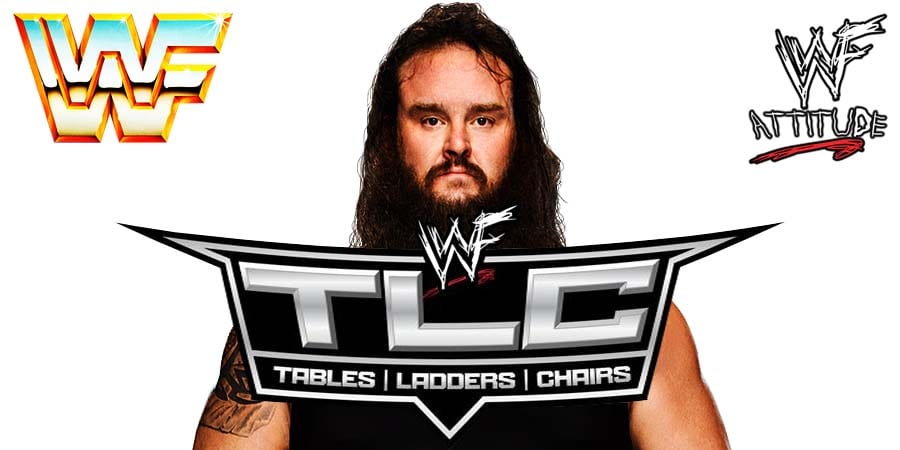 • Old School WWF Developmental Wrestler Would Have Celebrated His Birthday

During those years, he was sent to various official WWF developmental territories such as Memphis Power Pro Wrestling, Ohio Valley Wrestling, Memphis Championship Wrestling and the Heartland Wrestling Association.

In 1999, Bradley trained with then upcoming Superstar Kurt Angle under the guidance of coach “Dr. of Desire” Tom Prichard.

According to the Wrestling Observer, Shinsuke Nakamura was originally scheduled to defend the Intercontinental Championship against Braun Strowman at TLC 2019.

However, this match could get cancelled as Strowman is dealing with back spasms and hip issues.

They were supposed to do angle last week on SmackDown, but it wasn’t done because of Strowman’s injury:

“Nakamura and Strowman — they were supposed to do an angle on Friday Night SmackDown, but they couldn’t because Strowman got hurt and he couldn’t do the angle.”

Below is the match-card for TLC so far: