This concerned a lot of fans regarding her well being, and WWE Hall Of Famer Mick Foley even tried calling her.

Fans who watched her live stream described it as:

“She went live on IG and was in a very dark place, dude. Was talking about ending her life and had a gun.”

“Yo Daffney is on IG live talking about suicide. She seems all f**ked up and has notes in her hand. She needs help.”

Sean Ross Sapp provided the following update regarding this situation:

“I’ve been told emergency services have been dispatched to a couple of known addresses, and are still making efforts to contact her.

Her family have been reached, and have her current address. She’d moved in the past couple of weeks. Police have been dispatched.”

Below is a photo of Daffney from her WCW days: 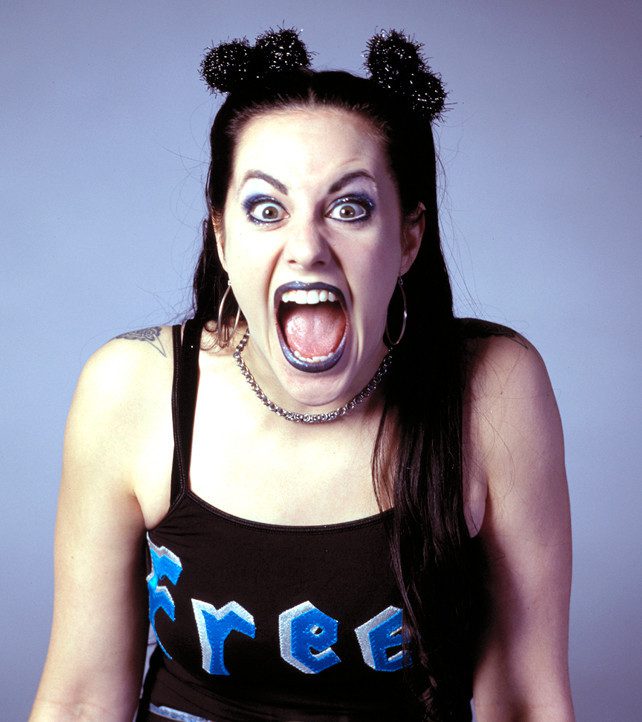 “If anyone has a way of reaching Daffney Unger, or knows her address, please help out. She’s in a bad personal place and is threatening to harm herself.

“Been Trying to text / call Daffney non stop – her vm is full, I do not know her address if anyone does please call the police.”

“I tried also Straight to voicemail. Someone please let me know.”

We’ll keep you updated regarding Daffney here on WWFOldSchool.com and on our WrestleFeed App.

Wrestling Wrap Up – The Black Scorpion