An armed robbery took place at a store in Temple, Texas and the suspect was wearing a replica WWE Championship belt around his waist.

Below is what KWTX reported about it:

“Officers were dispatched at 9:49 p.m. Oct. 26 in the 1100 block of S. First Street, where the suspect entered the store, displayed a gun and demanded money.

After taking an undisclosed amount of cash, he fled on-foot. No injuries were reported.

The suspect is described as a Black man wearing a blue long sleeve Nike shirt, WWE Championship belt, glasses and no shoes.”

Below is a photo that was released: 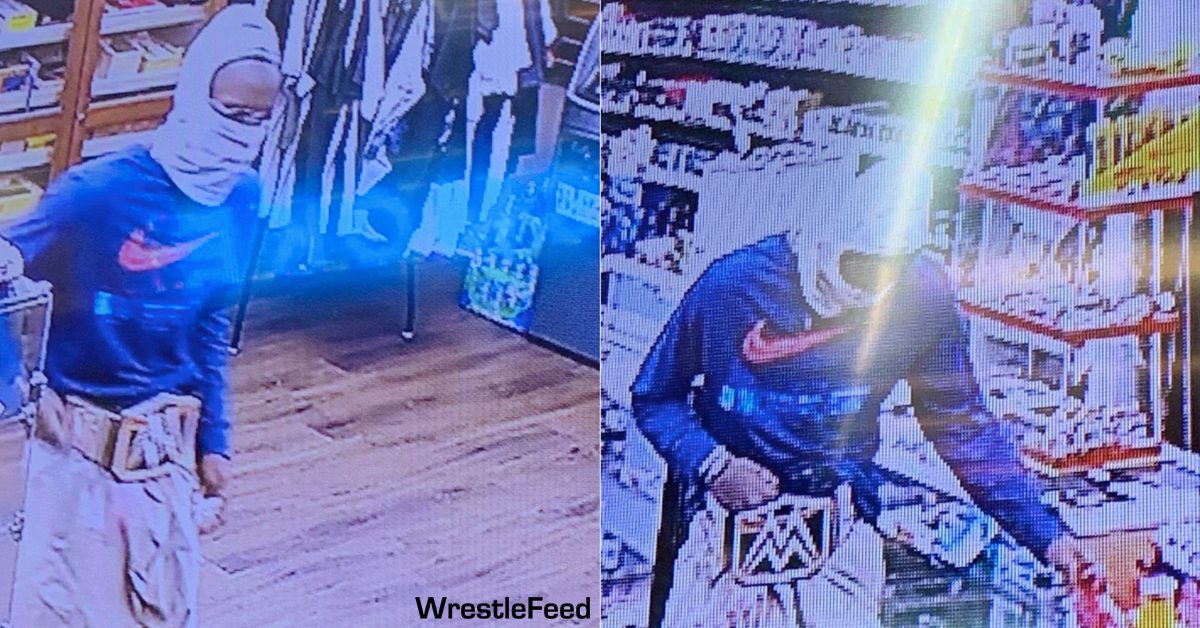 Also Check Out: Zac Efron Has Gained A Huge Amount Of Muscle For Portraying WWE Hall Of Famer In New Movie (Photos)

– The Undertaker vs. Ron Cumberledge