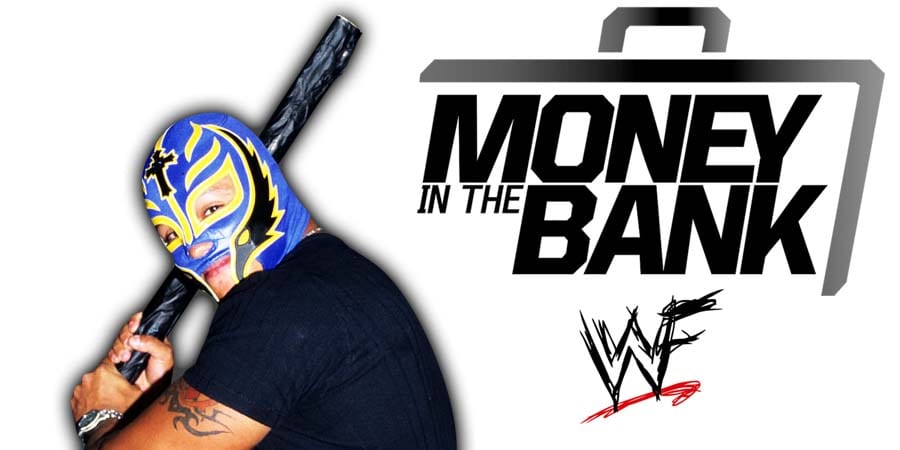 In 2020, the Men’s & Women’s Money In The Bank Ladder Matches took place at the WWE Headquarters, with the ring set up on the roof of the WWE HQ.

During the match, Baron Corbin threw Rey Mysterio off of the roof (to a floor below)!

Never forget that at the 2020 WWE Money in the Bank ladder match Rey Mysterio & Aleister Black were thrown off a building & Baron Corbin was never charged for the crime @BaronCorbinWWE @reymysterio @TommyEnd #MoneyInTheBank #MITB pic.twitter.com/ApptiYUJuf

In an interview with KLBJFM, Corbin revealed that someone called the police after his spot with Mysterio.

“He’s one of the icons in our industry. He’s been around for a long time and done a lot of things.

He created a standard for smaller guys. Everybody that comes into the business that is undersized, ‘I want to be the next Rey Mysterio.’ There will never be another Rey Mysterio.

I got it in my head, ‘If he’s one of the greatest ever, let’s see if he can fly.’ We happened to be on top of a ten-story building and I sent him over into the darkness. I have that mask on my wall at my house right now.

That was one of the craziest Money in the Bank matches because the ring is on top of headquarters, it’s cold, it’s dark, the wind was blowing.

When Asuka punched me in the head on top of the ladder, I fell off because of the wind. It was really gusty. I think someone legit called the police that I murdered somebody.”

It was broadcasted from the the Independence Arena in Charlotte, North Carolina and featured matches, interviews & storyline segments on the road to the ‘WCW Bash at the Beach 1996’ PPV.

4. Eddie Guerrero vs. The Barbarian