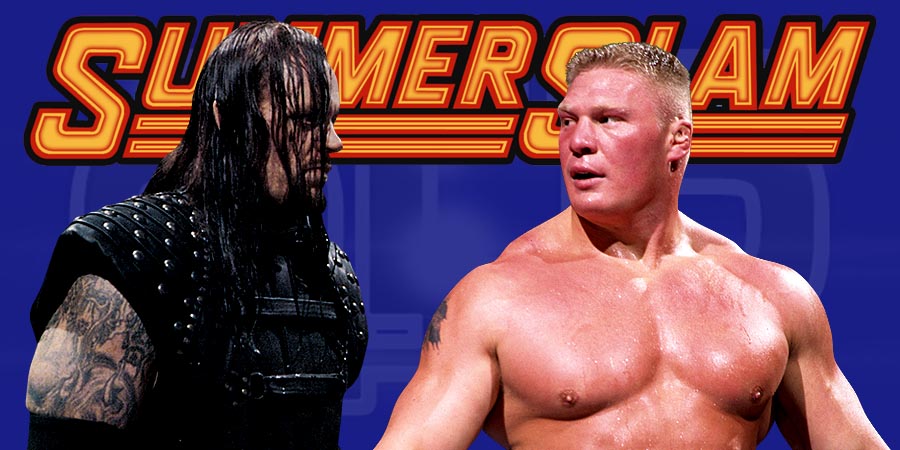 The Undertaker and Brock Lesnar will collide this Sunday at SummerSlam 2015 in a match which is “too big for WrestleMania”.

On a recent edition of the Wrestling Observer, Dave Meltzer noted that Kane might return at SummerSlam and cost Lesnar the match. Before Battleground PPV, Lesnar injured Kane’s ankle in storyline and he was written off WWE TV. If WWE wants Undertaker to win, this is the only way to book it.

During an interview with Sports Illustrated, Chris Jericho talked about Undertaker vs. Lesnar at SummerSlam 2015 and said that Undertaker must win this match:
“Undertaker has to win. There is no way he loses twice. Brock is at his best when he’s there to just fight. That’s why his match with Reigns at WrestleMania was so good, and that’s something Lesnar and Undertaker didn’t do as much as they could have in their match at WrestleMania 30.

That pull-apart we saw a couple weeks ago on Raw between Lesnar and Undertaker will be the type of match we’ll see. It will be a rough fight. I’m sure they’ll exchange many false finishes, and each one will do the other’s finishing move, but it will be more violent and more hard-hitting. Any time Undertaker is on the show, you know it’s going to be a great show.”

Talking about SummerSlam 2015, 2 time WWE Hall of Famer Ric Flair is in New York City for SummerSlam 2015. He’s there to watch his daughter Charlotte compete at the PPV.