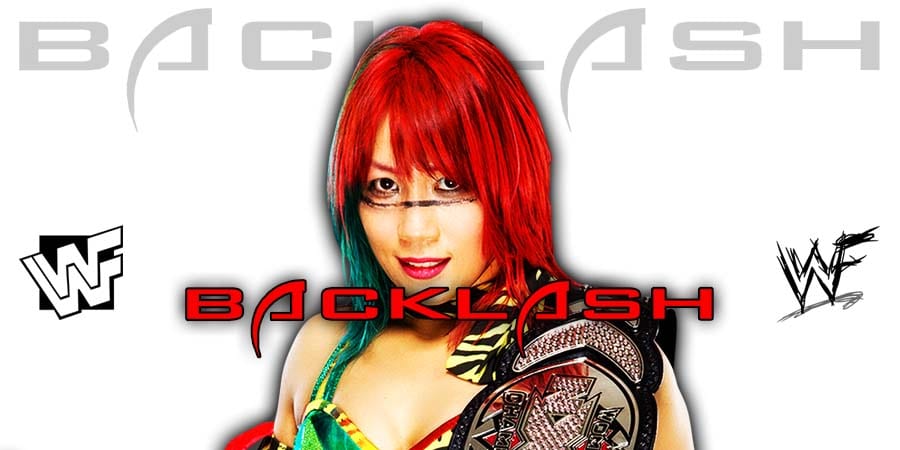 • Possible Feud For The RAW Women’s Championship After Backlash

Asuka will put her RAW Women’s Championship on the line against Nia Jax at this Sunday’s Backlash pay-per-view.

As she won the Title just a month ago, it’s unlikely that she’ll drop it. In addition, WWE already planted the seeds for her next feud over the past two weeks.

Charlotte Flair is expected to be Asuka’s next opponent, as she got two wins over her on the past two episodes of RAW. The first win came via count-out and the second one came via pinfall (due to Nia Jax’s distraction).

This means Asuka is set to beat Nia this Sunday.

“I think it’s pretty clear that the Asuka and Charlotte — Charlotte now has two wins over Asuka so I would think that this is building a feud between the two of them.”

Asuka and Charlotte have a lot of history between them, as Charlotte ended her undefeated run in WWE at WrestleMania 34.