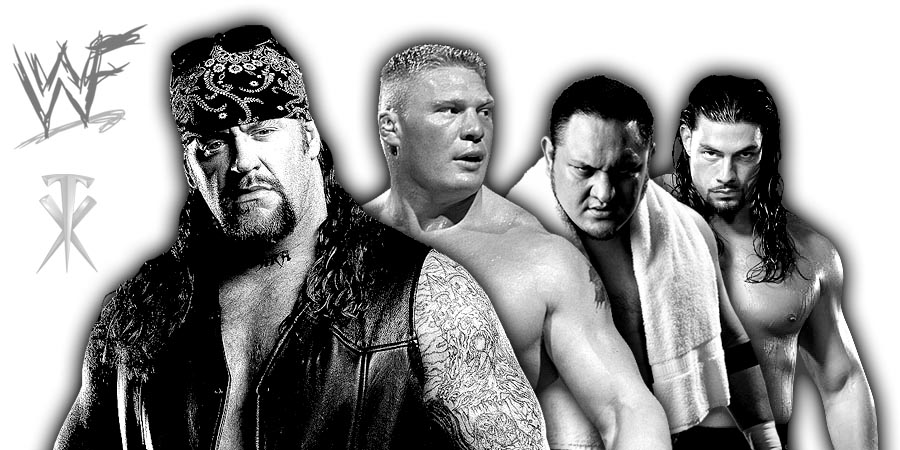 Let’s take a look at the top 20 news stories of the day from the world of WWE (Great Balls of Fire 2017, The Undertaker, SummerSlam 2017) & Professional Wrestling:

20. Former WWE Champion Becomes The #1 Star Of GFW At Slammiversary, Rips WWE In Post-Match Promo, Paige Appears In Ringside In A Mask (Photo)

“Me and Lashley battled for over 30 minutes and I would shake Bobby Lashley’s hand for every day of my life. I’m a bad a$$ motherf***. I have wrestled everywhere, even that f***ing company, WWE! WWE was full of losers. You gave me the battle of my life, Lashley. And for that, and for these fans – the real fans – let’s do it again. Not for you, not for me, for the love of pro wrestling, because we’re not f***ing sports entertainers! Bobby Lashley and every single wrestler at Impact Wrestling… in this place, we are not sports entertainers, we are f***ing wrestlers!”

Also, WWF & WCW Legend “Big Poppa Pump” Scott Steiner made his in-ring return in the company during a tag team match, but ended up losing. Below are the results from the PPV:

Paige was seated ringside for the event in a mask:

Paige, girl, I love you but wtf are you doing? You know damn well that mask wasn't gonna do shit? begging to get fired? pic.twitter.com/jBf6XoDO4b

@RealPaigeWWE i saw you when sitting a few rows back the pale skin gave it away pic.twitter.com/XIzkO3qswe